By Huang Rong and Fran Wang 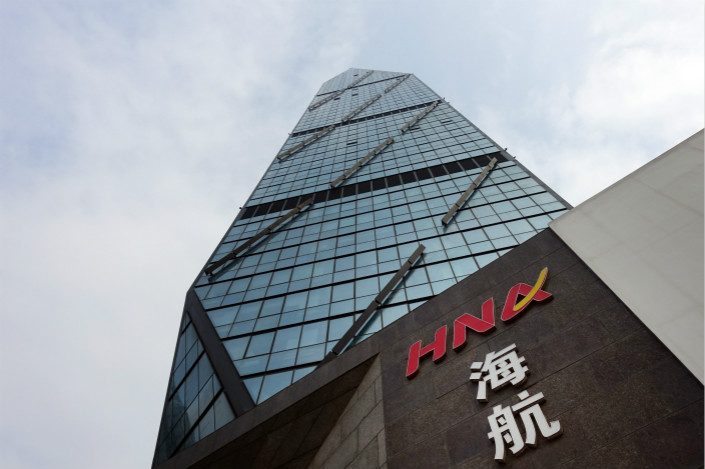 Trading in shares of a unit of HNA Group was suspended on Friday after the indebted conglomerate’s chairman admitted his company is facing liquidity difficulties due to a recent global buying spree.

In requesting the halt, HNA-Caissa Travel Group Co. Ltd. – a tourism agency focusing on trips to overseas destinations – cited “undisclosed major issues that may have significant impact on the company’s stock price,” according to a filing with the Shenzhen stock exchange. Trading will be resumed pending a further announcement, the document said.

The suspension came a day after HNA Group Chairman Chen Feng told Reuters that his company is facing a cash crunch “because we made a big number of mergers” and that its access to new financing was affected by a challenging external environment and slower growth of the Chinese economy.

“Rate hikes by the Federal Reserve and deleveraging in China caused a liquidity shortage at the end of the year for many Chinese enterprises,” Chen told Reuters in the Thursday report. “We’re confident we’ll move past these difficulties and maintain sustained, healthy and stable development.”

HNA Group, known for its splashy overseas acquisitions over the past few years, is trying to defuse recent market concerns over its debt pile and liquidity. However, growing evidence shows the high-rolling dealmaker is having trouble repaying its debt as an increasing number of obligations mature.

In November, S&P Global Ratings downgraded the creditworthiness of HNA Group to b from b+, citing concerns about the company’s aggressive financing structures and rising funding costs. Last month, the group pledged its stakes worth around $360 million in Postal Savings Bank of China as collateral to borrow money, in an apparent move to ease the liquidity squeeze.

A state-owned accounting company suspended service to two subsidiary airlines of the group in December after they repeatedly missed payments. In the same month, Chinese lender Citic Bank reportedly said that an arm of HNA has had difficulties paying bankers’ acceptances, a short-term debt instrument issued by the company.

HNA Group Chief Executive Tan Xiangdong told reporters in November that the firm was looking to offload some overseas real estate holdings, as well as about 100 of its subsidiaries, to ensure “the healthy development of the company.” Last month, foreign media reported that HNA Group was seeking to sell $6 billion in overseas assets.