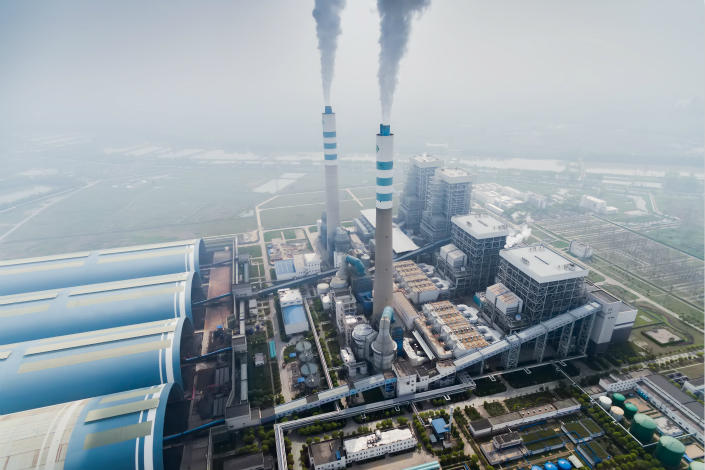 In late January and February, China’s power producers were facing a coal crisis.

Snowfall and severe weather had caused thermal coal consumption for residential heating to remain at unusually high levels, and power companies in some parts of China saw their coal inventory fall to only two or three days’ supply — emergency levels far below the 15 days’ supply they usually try to maintain.

By Feb. 5, the price of thermal coal at northeastern China’s Qinhuangdao port hovered around 780 yuan ($123) per metric ton, on the cusp on exceeding 800 yuan, prompting the NDRC to call an emergency meeting with port managers and coal traders around the northern Bohai Sea trading hub. At the meeting, the NDRC set a price cap on thermal coal of 750 yuan per ton — a striking instance of interference in the upstream coal industry, which before 2016 had become almost fully market-oriented, unlike the downstream electricity industry, which is still centrally planned.

A number of factors led to this winter’s coal crunch. On the supply side, at the end of 2017, China’s total coal inventory — including stockpiles at coal mines, railway stations, ports and power stations — plumbed an all-time low of 60 million tons, after two years of capacity cuts, curbs on coal imports and an extensive anti-pollution campaign.

At the same time, economic recovery and extreme summer and winter weather meant demand for coal rebounded in 2017 after three years of declining consumption from 2014 to 2016.

In December 2015, China’s Central Economic Work Conference, the country’s key planning meeting, set the reduction of excess capacity as one of its major tasks.

As a result, the domestic price of thermal coal shot up, with the benchmark Bohai thermal coal spot price surpassing 800 yuan in March 2017, more than double its price of 370 yuan per ton at the end of 2015. This in turn spurred energy producers to import more coal.

But in April 2017, the NDRC and 22 other departments jointly published a document imposing stricter inspection procedures for imported coal, extending the clearance time for coal shipments and prohibiting the import of coal at some types of ports.

The authorities were “concerned that the benefits of the domestic capacity-trimming policy would be lost to other countries, so they decided to take measures to restrict the import of coal,” a source close to the government told Caixin.

The entire country imported 270 million tons of coal in 2017, up 6.1% from the previous year, according to customs data. Judging from high domestic coal prices, if the policy limiting imports hadn’t been in place, the figure would have been closer to 300 million or even 350 million tons, analysts told Caixin.

“In the past, environmental protection and safety supervision policies adjusted to the general trend of the industry. But starting in 2017, the policies have become very independent, no longer considering the supply and demand situation of the industry. This has also caused tight supply in the short term, with the price of coal soaring,” said Meng Hai, an analyst at Qinhuangdao Haiyun Coal Transaction Market.

In addition to pushing down mines’ output, environmental protection policies have also made it difficult for coal to get into the hands of power companies. As part of a nationwide drive to clear up air pollution, Tianjin, situated on the Bohai coastline, banned its ports from receiving coal brought in by diesel-fueled trucks in April. Ports in Hebei followed suit by mid-September.

In 2016, a total of 68 million tons of coal was transported over land to the northern Chinese ports, out of which Tianjin alone received 56 million tons and saw traffic from nearly 100,000 heavy diesel vehicles.

Diesel trucks typically transport coal from inland coal-producing regions to northern ports, from which they are shipped to industrial and power generation users along China’s densely populated eastern coast. But as the trucks make their way past Beijing toward Hebei, the dust and exhaust they emit contribute to air pollution in the capital.

As a consequence of the 2017 ban on diesel transport, demand for rail shipments rose, and freight train operators raised their prices by as much as 15%, prompting complaints from power companies.

While supply levels fell, the country’s coal consumption rose significantly during the winter, reaching a climax in January and February, when freezing weather in southern China pushed demand for coal up 20% compared with the previous year, according to analyst Meng Hai.

The power industry’s incomplete power pricing reforms have complicated the situation. In 2012, China’s State Council pledged to scrap caps on spot coal prices and cease intervention in contracts made by coal sellers and utilities buyers. In order to make the planned power industry more compatible with the now market-oriented coal industry, the State Council recommended that on-grid tariffs for electricity producers be adjusted if coal prices fluctuate by more than 5%.

However, because of fears of the social costs of electricity price hikes, the policy has yet to be fully implemented, leaving power generators squeezed between rising coal prices and stagnant electricity prices.