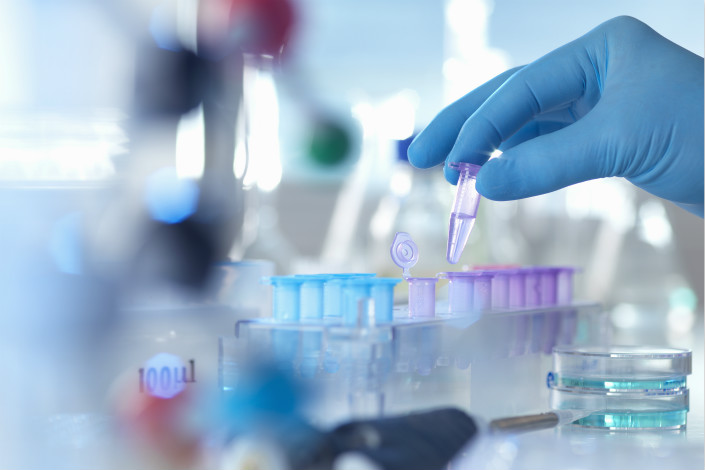 A boom in Hong Kong biotech initial public offerings is expected in the near future, as the Hong Kong Stock Exchange considers new rules that would allow preprofit biotech firms to list. Photo: VCG

It takes a lot of money and time before a biotech company is able to take a therapy from the lab to patients.

Hong Kong’s bourse is considering a change to help these clinical-stage firms finance their experiments. In December, it proposed a new set of rules that will allow preprofit biotech developers to list; if they are approved in April, such companies will be allowed to apply for an initial public offering (IPO) on the Hong Kong Stock Exchange.

This move has been seen as the Asian financial hub’s attempt to embrace emerging and innovative companies and to emulate the openness of the U.S. stock exchanges, which have hosted the IPOs of many pre-revenue biotech firms.

A boom in Hong Kong biotech IPOs is expected in the near future. Franky Chung, senior vice president of the issuer services department of the Hong Kong Exchanges and Clearing Ltd. (HKEX), the parent company of the Hong Kong Stock Exchange, said that almost all of Hong Kong’s investment banks are now expanding their respective teams that cover the health care sector.

However, because they don’t meet the profit requirements for listing on the Chinese mainland’s stock exchanges, newer biotech companies instead generally list in the U.S., and Zhang said this isn’t in line with the Chinese government’s desire to see homegrown businesses develop on Chinese stock markets.

In light of this, Hong Kong has been enthusiastically wooing biotech companies in recent months, which requires sponsors, underwriters and investors to have a deep understanding of the medical industry. At the moment, many biotech firms seeking to go public are looking at both Hong Kong and the U.S.

At the same time, Chinese mainland stock markets are trying to lure domestic tech giants toward home listings and seeking to approve highly valued tech firms’ IPOs more quickly. But Caixin has learned that the current opening-up of mainland Chinese bourses is focusing on the internet sector, not the biotech industry.

As a financial and property hub, 44% of the Hong Kong Stock Exchange’s market value consists of the two sectors. Pharmaceutical and biology firms, however, make up only 1%.

But the country is expecting a boom in the biotech sector. Backed by both capital and policy, many Chinese scientists who were educated and have built careers overseas have started to return home with entrepreneurial ambitions.

However, such biotech startups usually only achieve profits after long years of research and development. Currently, stock markets in the U.S. are the only bourses that have both sufficiently large liquidity and the rules that allow pre-revenue companies to list.

“The market has demonstrated elsewhere that it is capable of assessing and valuing such companies, and Hong Kong’s failure hitherto to acknowledge this within the existing listing regime is seen as outmoded,” HKEX said in a consultation paper regarding the rule change for research-stage biotech companies.

In addition to the December proposal, HKEX published a detailed version of the new rules in February, stipulating that biotech applicants should have completed at least one clinical trial on human subjects and have received official permission to commence the next phase.

Drug regulators, both in China and the U.S., usually require three phases of clinical trials to test the safety and effectiveness of medical products, which takes six to 11 years. Around 1 out of 10 projects that pass the first phase eventually put products on the market.

In order to remind investors of the risks of investing in preprofit firms, Chung of HKEX said the bourse will add the suffix “B” to biotech firms’ stock codes.

Other requirements for a Hong Kong listing include a valuation of at least HK$1.5 billion ($191 million) and enough available working capital to cover at least 125% of the group’s costs for at least the next 12 months.

China Life’s Zhang said the valuation should not be a problem, as many Chinese biotech firms are valued at $200 million even at their series B funding round.

But the real problem is how to accurately valuate a company before it records any earnings.

Neither China’s regulators nor its investors have much experience in valuating a biotech company, as they traditionally use a firm’s sales and profit as their main guide, said Zhang Jialin, a senior health care analyst at ICBC International Holdings Ltd.

There are many uncertainties when it comes to a clinical-stage firm’s value, such as research and production costs, potential patient base, market share and prices, which can significantly affect the accuracy of valuation, said Zhang Xiao, vice president of CEC Capital’s health care team.

Also, individual investors make up more of the Hong Kong market than they do the U.S. market, and these investors are more vulnerable to risk than their institutional counterparts, Gu added.

As a result, it is important to understand a company by knowing its early-stage investors, their investment portfolio and knowledge of the industry, Gu said.

Gu said that it is also essential to look at the investment bank sponsors behind the firm because well-known banks are very selective when it comes to which companies’ IPOs they sponsor.

Two strings to the bow

Because the rule change isn’t official yet, most biotech companies that are looking to go public “have two strings to their bow” and are keeping their options open, Gu said.

One such example is Ascentage Pharma, a cancer and hepatitis B drug developer that has two of its products undergoing the second phase of clinical trials. Company co-founder Guo Ming said that the firm started to seek an IPO in the U.S. at the end of 2017, as it was the only option at the time; however, the Hong Kong rules might change in the coming months and the company is considering both places now.

Chung from HKEX said that if a company chooses a U.S. bourse, it can still go to Hong Kong for a secondary listing, and there will be increasing amounts of mainland capital circulating in the Hong Kong Stock Exchange.

After the stock connects between Hong Kong and the cities of Shanghai and Shenzhen were launched, capital from the Chinese mainland may help fund biotech companies, but it depends on whether Hang Seng Indexes Co. Ltd., which monitors stocks in Hong Kong, includes biotech firms in the stock connects.

Some companies have already made up their minds to list in Hong Kong instead of in the U.S.; Innovent Biologics Inc., which was trying to choose between the two places in January, according to a source close to its management, has now picked Hong Kong, a primary market investor told Caixin.

ICBC’s Zhang said that it costs more for Chinese biotech firms to list in the U.S., as they are less-familiar with the regulatory and market environment there.

A source from the primary market expects around 10 biotech firms to list in Hong Kong this year. But Chung said there isn’t a set limit.