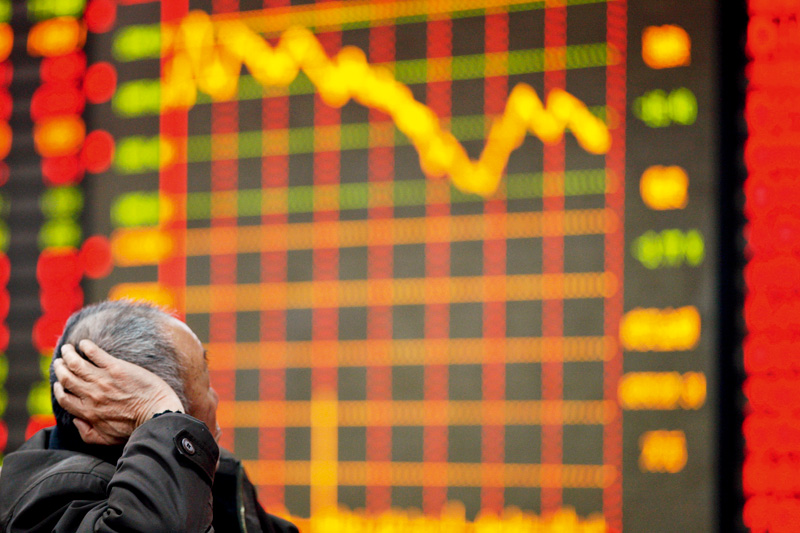 China's securities regulator visited about 30 tech companies in January to study their operations amid a push to encourage more domestic listings from the new economy sector, sources say. Photo: VCG

China’s securities regulator is trying to entice its tech startups and giants to trade their shares at home, in a push that would invigorate the country’s domestic capital markets and boost its new economy sector.

If successful, the push would reverse the trend seen in recent years in which many Chinese tech companies preferred to float in the U.S. or Hong Kong because of more flexible listing rules and access to international investors.

No policy changes have yet been issued. But sources said one possibility that is being studied by the China Securities Regulatory Commission is the introduction of China Depositary Receipts (CDRs). These financial instruments would be issued by a Chinese bank enabling overseas stocks to be traded on domestic exchanges, making it easier for Chinese companies that have listed elsewhere to trade at home.

The regulator plans to introduce CDRs as an easier option for tech listings, Caixin has learned, and has picked eight companies as the first batch of candidates. They are overseas-listed tech behemoths Alibaba, Baidu, Tencent, JD.com, Ctrip.com International, Weibo, Netease Inc. and Sunny Optical Technology Co.

The CSRC is partnering with the Shenzhen and Shanghai stock exchanges for possible changes.

In January, the CSRC shortlisted around 30 tech companies, mainly leading unicorns with more than $5 billion valuations, as preferred firms for a possible domestic listing. Officials have visited each of the companies to study their operations, Caixin learned from sources close to the matter.

Zhang Shenfeng, an assistant chairman of the securities regulator, said in January at a Beijing high-tech industry park that China should try to “keep good companies at home” and “allow them to list as soon as possible.” Senior executives of the Shenzhen and Shanghai bourses have also recently sent inviting messages to tech companies.

News circulated in late February that the CSRC had offered tech unicorns — startups worth over $1 billion — expedited paths for their IPO applications.

Chinese companies need to obtain approval from the CSRC for their IPO plans, which usually takes more than a year due to the long queue of applicants. By the end of 2017, there were nearly 500 companies waiting for the commission’s review, although the regulator has accelerated its approval procedure.

Domestic media reported that the regulator is also considering easing requirements on the companies’ financials and allowing those that are using a vehicle called a variable interest entity to submit listing applications before dismantling the structure, as previously required. The VIE is a model typically used by Chinese companies looking to list overseas to comply with Chinese laws on foreign ownership of domestic companies.

A person close to the CSRC’s IPO department said the media reports on easier listing reviews for tech firms are not completely accurate but reflect the regulator’s overall direction.

Tech startups have long faced legal and technical barriers to list on China’s domestic A-share market, such as restrictions on weighted voting rights — or dual-class shares — and mandatory requirements on IPO applicants’ profitability.

Currently, companies are required to have net income for the last three fiscal years and have combined profits of more than 30 million yuan ($4.7 million) over the period in order to list. That’s a major obstacle for most tech startups.

An investment bank executive said the securities regulator should make listing rules more flexible to lure tech companies to float on the market, akin to what Hong Kong is doing. The Hong Kong Exchanges & Clearing Ltd. (HKEX), the operator of the Hong Kong bourse, plans to change its listing rules to accept companies with dual-class shares as well as pre-profit biotech companies. The amendments — designed to attract more high-tech listings — are expected to go into effect as early as late April.

But the executive added that changing the listing rules will be more complicated on the mainland because it would require major changes to the country’s Corporate Law and Securities Law.

A source close to the regulator said Chinese authorities have looked at introducing CDRs over the past 10 years as a way to invite “red chips” — overseas-incorporated Chinese companies listed in Hong Kong — to bypass legal and regulatory hurdles to list on the domestic market. But the plan has never materialized.

The CSRC has talked with other central government departments about launching a CDR structure to encourage tech listing and received support, despite some remaining technical issues, Caixin learned from sources familiar with the matter.

Leading smartphone maker Xiaomi Inc., which is planning to list in Hong Kong this year, has agreed to list part of its shares on the mainland market through CDR issuance, a source close to the matter told Caixin. Xiaomi has hired China International Capital Corp. and CITIC Securities to work on the issue, the source said.

But most tech giants have remained cautious about listing domestically. Not only are they turned off by uncertainties in domestic listing rules, but they also have plenty of funding sources.

An exchange official who participated in CSRC’s study of tech firms told Caixin that many companies surveyed said they have no immediate plan to list on the A-share market.

“We know the CSRC is planning reforms, but there are still many uncertainties in the details,” said Wang Xing, chief executive of Meituan-Dianping.

“Most companies’ business is based in the domestic market, and it helps the company in all aspects if they can convert users to shareholders,” Bao said.

But companies are waiting to see whether the details about the CDR structure regarding accounting, information disclosure and fundraising are compatible with the rules of overseas’ markets and how their operations would be affected, Bao said.

U.S. dollar-denominated private equity funds are backers of the main Chinese tech unicorns. For instance, among 25 investors of Didi Chuxing, more than 10 are U.S. fund managers.

Market analysts also expressed concern about whether it is fair for the regulator to give favorable treatment to tech listings. A securities brokerage employee told Caixin that clear standards and criteria should be set to define which companies will be encouraged by the regulator.

“Whether it is a fair treatment to all companies or just preferences granted to some ones is a major concern of the market,” said an investor.

But it is inevitable that inviting more tech giants to list at home will be part of China’s capital market reform, an exchange official said. “It follows the logic of China’s ongoing economic transformation.”

The CSRC is determined to make the home market more attractive to Chinese companies.

“There will be an eye-catching event in the first half this year,” a regulatory official said. “New economy companies will go public quickly. No matter how, (we will) make them appear on the A-share market.”