IPO Reform Deadline to Be Pushed Back Two Years 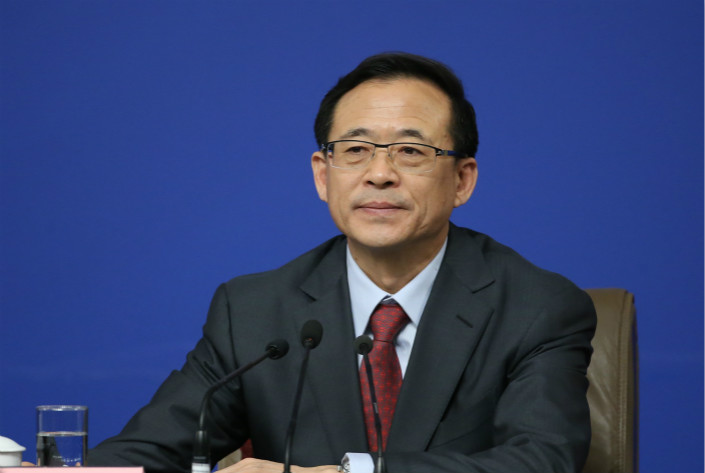 China Securities Regulatory Commission Chairman Liu Shiyu says that preparations for planned reforms to the country's initial public offering system needs to be extended to 2020 because many issues still need to be resolved. Photo: VCG

China’s top securities regulator plans to prolong its preparation for a shift from an approval-based stock listing system to a registration-based one.

According to a proposal submitted Friday to the Standing Committee of the National People’s Congress by committee member and China Securities Regulatory Commission (CSRC) Chairman Liu Shiyu, the period during which the country’s State Council will be allowed to make preparations for the shift will end on Feb. 29, 2020 — two years after the original deadline of Feb. 28 this year.

The State Council, China’s cabinet, had previously been given an adjustment period beginning in late 2015 to prepare to reform its initial public offering (IPO) system.

Under the existing system, companies wanting to issue new shares must gain approval from the CSRC. The planned new registration system, similar to that used by U.S. stock exchanges, would allow the market to have a say in the listing process and IPO stock prices.

Liu said the adjustment period should be extended because the time is not yet ripe for the introduction of a registration system, and there are currently still many issues that need to be resolved, including the establishment of a multilevel market system and the maturity level of traders.

China still needs more time to “maintain the continuity of work, prevent misunderstandings and misgivings in the market, and to further accumulate practical experience in the revision of securities laws,” Liu said.

However, Wu Xiaoling, a former central bank vice-president and Liu’s fellow Standing Committee member, said at a forum Sunday that she believes the delay is unnecessary.

The CSRC has already done plenty of fruitful work on the implementation of the registration system in the past two years, Wu said. The key issue is that it is afraid to relinquish control because it wants to be responsible for indexes and for the profits and losses of investors, Wu added.

“Currently, with stock issuance prices still under control (by the government), it’s impossible to establish a good market,” Wu said.

China aimed to focus on moving toward registration-based IPOs in 2015, but the process faced setbacks after the Chinese stock market crash in the summer of that year.