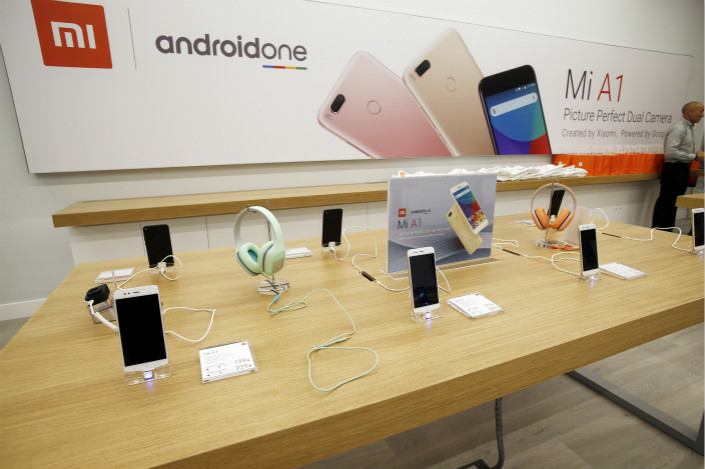 The valuation of Xiaomi has reached $100 billion, similar to the IPO valuation of Facebook in 2012, sources said. Photo: Visual China

Chinese smartphone maker Xiaomi Inc. is preparing for an initial public offering in Hong Kong as the city’s bourse moves ahead on changes to its listing rules to make it more attractive to such tech giants, sources close to the matter told Caixin.

“Xiaomi is eyeing to become the first tech giant to debut in Hong Kong after the exchange revises the listing rules,” said one investment bank souerce close to the matter.

Xiaomi’s IPO plan – which is expected in the second half this year – has been the subject of intense market interest because it could end up being the world’s biggest tech float this year.

Separate sources told Caixin that the valuation of Xiaomi has reached $100 billion, similar to the IPO valuation of Facebook in 2012.

Market analysts and investors have speculated on whether Xiaomi would chose New York or Hong Kong as its listing venue.

Caixin learned from sources close to the matter that Xiaomi Chairman Lei Jun led a group of executives to visit Liu Shiyu, chairman of the China Securities Regulatory Commission, on Jan. 10. Market sources saw the gesture as a signal that the company was preparing to list in Hong Kong.

Hong Kong is moving to allow companies with so-called dual-class share structures, which give more clout to company insiders. The move follows the city missing out on big tech listings to New York. In the biggest missed opportunity for Hong Kong, Alibaba Group chose to list in New York in 2014.

Charles Li, chairman of HKEX, said last December that the bourse will be ready to accept dual-class share structures starting in the second half 2018. The Hong Kong stock market has long suffered from a lack of diversity and domination by finance and real estate shares.

Technology firms are fond of the dual-class share structure because it ensures founders retain more control through greater voting power. Hong Kong had held with the principle that shareholders holding stakes of the same size should be entitled to the same number of votes.

Xiaomi, established in 2010, quickly rose to become one of China’s largest smartphone producers and has expanded into a wide range of products, such as smart TVs, wearables and air purifiers.

The company been a darling of investors attracted by its fast rising sales and its business ecosystem linking the smartphone with various smart home appliances. As of late 2014, Xiaomi had completed six rounds of fundraising from global venture capital and equity investors, including IDG Capital, Temasek and DST Global.

In the latest investment round in late 2014, Xiaomi raised $1.1 billion from a group of investors led by All-Star Investment, Government of Singapore Investment Corp., DST Global, Yunfeng Capital and Hopu Investment Management. The company was valued at $45 billion.