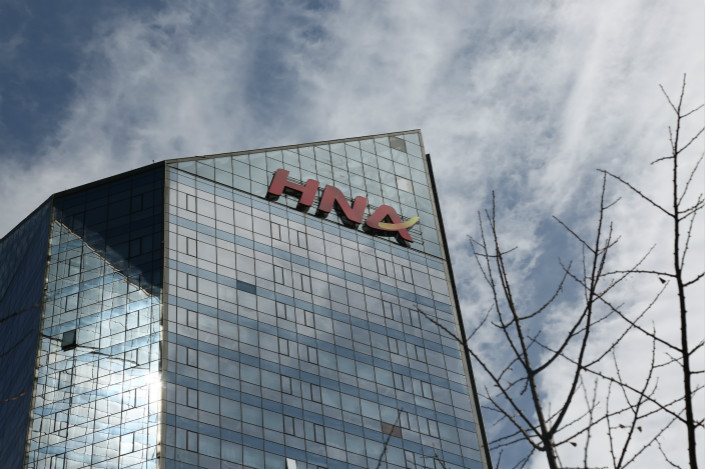 A subsidiary of Bohai Capital Holding Co. Ltd. under the HNA group has sold 41 aircraft to a Cayman Islands-based company for $884 million. Photo: VCG

HNA Group has unloaded part of its aircraft-leasing business, the latest of the conglomerate’s asset sales following a global buying spree that left it with large debts.

Avolon Aerospace Leasing Ltd. (AALL), a subsidiary of Bohai Capital Holding Co. Ltd. under the HNA group, has sold 41 aircraft to Sapphire Aviation Finance I Ltd., a Cayman Islands-based company, for $884 million, according to a filing (link in Chinese) to the Shenzhen Stock Exchange on Tuesday.

The deal involves mainly older airplanes and will help “improve our market competitiveness, further broaden the fundraising channels, and optimize the structure of corporate assets,” the Shenzhen-listed Bohai Capital said in the filing.

As part of the deal, AALL will continue to provide management services for Sapphire Aviation in return for a 3% management fee from the rental income of the aircraft.

Valued at $28 billion, Bohai Capital owns the world’s third-largest jetliner-leasing fleets after it spent $2.55 billion in 2015 to acquire Avolon Holdings and $10 billion to buy CIT Group Inc.’s aircraft-leasing business in 2016.

HNA said early this month it will sell down its stake in midsize U.S. hotel operator Park Hotels & Resorts Inc., a spinoff of Hilton Worldwide Holdings Inc. The Chinese conglomerate made global headlines in 2016 when it announced to pay $6.5 billion for a 25% stake in Hilton.

The Hainan-based HNA has in recent years been involved in a global buying spree, targeting companies mostly in its core business of tourism and travel. But since late last year, the company has struggled with a liquidity crisis.

Separately, a planned listing of HNA’s Swiss-based unit Gategroup was scrapped in the SIX Swiss Exchange on Monday, dealing a blow to the company’s plan to raise as much as $2.8 billion.