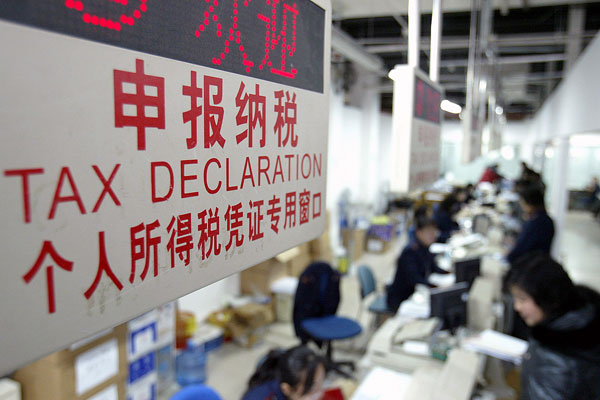 China announced the first cut in VAT rates since the value-added tax system was formally adopted during the 1994 tax reform. Photo: VCG

The tax cut, effective on May 1, is the first since the VAT system was formally adopted during tax reform in 1994.

The tax rate for the manufacturing sector will be cut to 16% from 17% while the rate for the transportation, construction, telecommunication and agricultural sectors will be lowered to 10% from 11%, the State Council announced at a meeting chaired by Premier Li Keqiang on Wednesday.

The cabinet also moved to aid small businesses by expanding the eligibility for lower rates. Under the revisions, a small business with sales of less than 5 million yuan can qualify for tax relief, versus the current 500,000 to 800,000 yuan limit.

Eligible companies in high-tech manufacturing, research and development, modern services and power grid sectors will get refunds on their unpaid input tax credits.

All of the measures will apply to both local and foreign-owned companies, the cabinet said.

But some researchers said the 1 percentage point tax cut is too small to significantly lighten the tax burden on businesses.

Yang Zhiyong, director of fiscal and tax research at the Chinese Academy of Social Sciences, predicts that the 16% VAT rate for manufacturers and 10% rate for other sectors will be reduced further in the future.

The cabinet’s meeting also decided to set up a national financing guarantee fund to provide financial support to small and micro business as well as to the agriculture sector.

The fund, to be launched by the Finance Ministry and certain financial institutions, will initially raise at least 60 billion yuan in capital.