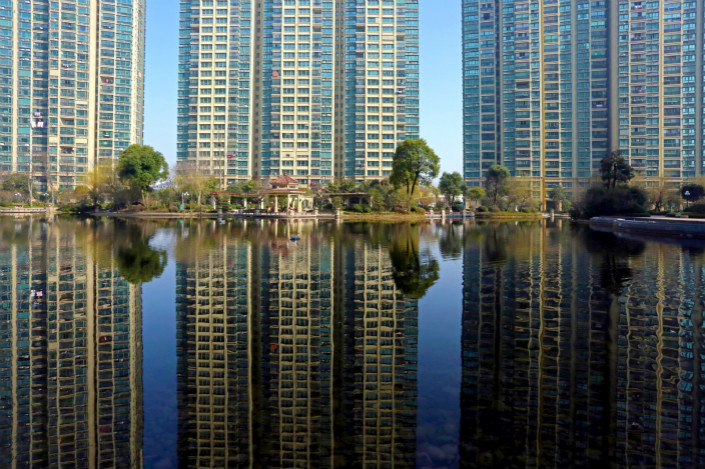 A housing project is seen in Huaian, Jiangsu province, on March 11. Photo: VCG

This year’s central government legislative plan did not include provisions for a property tax or an amendment to the individual income tax, according to the plan, which the State Council released Tuesday.

Speculation about the two taxes had stirred up a great deal of public attention during this year’s ongoing National People’s Congress (NPC), China’s legislature, due to the immense effect they could have on the lives of ordinary people as well as government finances.

Instead of the tax changes, the central government planned to speed up drafting regulations on public-private partnerships (PPPs) and government investment, in a bid to get a handle on local government debt and standardize how governments invest.

In July, the State Council, China’s cabinet, sought public comment about a set of PPP draft regulations that were designed to firm up the rules on the obligations and rights that government and private capital are entitled to in PPP projects, the number of which has shot up in recent years.

As for government investment, authorities began drafting rules to standardize the practice in 2001, though they have never been instituted. Zhao Quanhou, financial research expert at the Chinese Academy of Fiscal Sciences, said the regulations could help governments at all levels invest more efficiently.

The property tax was left out of the legislative plan despite talk as recent as last week that it was in the works. Finance Vice Minister Shi Yaowu said last week at a news conference that the NPC’s Ministry of Finance and Budgetary Affairs Commission were in the midst of drafting the property tax bill with help from other departments. At the time, they were still collecting feedback and nailing down details.

Liu Jianwen, a Peking University professor and tax expert, said the property tax bill is still being drafted and could be submitted to the NPC’s Standing Committee for review within this year, though “it still needs some time to become law,” he added.

In this year’s work report, the central government promised to cut the income tax rate for individuals and provide tax deductions for children’s education and medical expenses.

However, Shi pointed out that these changes, which aim to put more money into the pockets of ordinary people, would require changes to the individual income tax law.