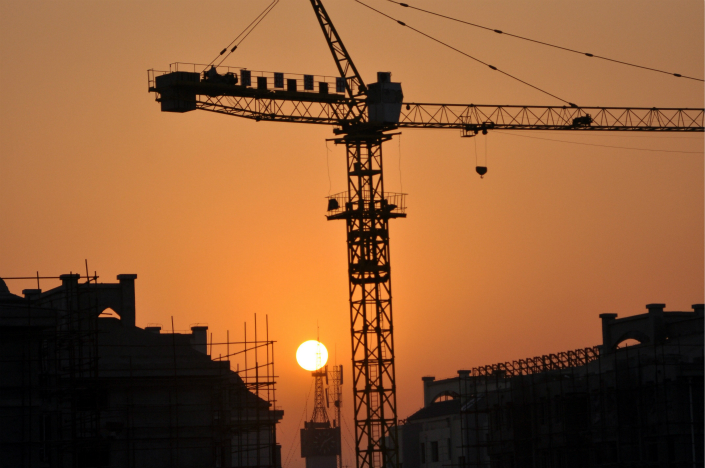 Jiangsu has become the first province to tighten controls on public-private partnerships after China’s finance ministry warned of hidden risks of such projects. Above, a real estate building in Jiangsu is under construction. Photo: Visual China

Jiangsu province is stepping up regulation of public-private partnerships (PPPs) to stop them from becoming another financing platform for local governments to secretly rack up more debt.

The province, the first to heed a recent Ministry of Finance (MOF) warning of a buildup of “hidden risks” in such deals, issued sweeping new rules in an effort to stamp out abuses of the system.

The ministry has ordered all ventures that adopt the PPP model, under which private companies invest in government infrastructure projects, to register in a provincial system to have their project awarded a PPP classification. It has banned local governments from promising in any way to buy back the equity of private investors, or to compensate private investors for losses on their investment capital.

The regulations, posted in a statement last week on the website of the department of finance of the eastern coastal province, also forbade local authorities from offering a guaranteed minimum return on private investments and from providing guarantees for the repayment of debt by PPP projects.

“We will strictly prohibit the practice of using the PPP model to raise funds through borrowing and firmly prevent the misuse of PPP as a new financing vehicle for local governments,” the statement said.

Projects that do not have a concrete business operation or performance assessment mechanism, involve no public service functions, or where private investors do not share the operational risks will be barred from entering the PPP system.

Those projects without active cash flow or where the money is being contributed solely by the government will be placed under close scrutiny and screened for eligibility. Oversight will also be strengthened over proposals submitted by areas where a large number of PPP projects have existed and the local governments are already facing high spending responsibilities.

The Jiangsu government’s announcement came a week after senior finance ministry officials warned of accumulating risks of PPP projects and pledged to crack down on irregularities and abuses.

“Hidden risks have been built up, and we must be highly vigilant and take concrete measures to sort them out,” Shi Yaobin, a vice finance minister, said at a PPP financing forum on Nov. 1.

“Some local governments … have turned the PPP model into a tool for government investment and financing,” he said. “This has led to problems such as irrational sharing of risk, disguising debt as equity, promises of government bailouts, focusing on construction but neglecting operation, incomplete performance assessments, and overly high leverage to fund private investment.”

Shi said the ministry will beef up supervision on local governments to make sure that their expenditure on PPP projects does not exceed 10% of their budgeted public spending.

China introduced a PPP program in late 2013 to help debt-ridden local authorities fund public infrastructure projects amid a crackdown on other sources of shadowy local government borrowing such as local government financing vehicles (LGFVs), companies set up specifically to raise money through bonds and loans which local governments themselves were banned from doing.

The debts did not appear on the books of the local governments even though they were often liable for repaying them or had guaranteed the borrowings of the LGFVs. These vehicles ran up trillions of yuan of debt that Beijing was unable to keep track of, raising concerns that they could pose risks to the stability of the financial system and to the sustainability of local government finances.

PPP offered an attractive solution — a way of bringing in external funding from the private sector and making local government finances more transparent.

By the end of September, a total of 14,220 projects with a combined planned investment of 17.8 trillion yuan ($2.68 trillion) — nearly a quarter of China’s gross domestic product in 2016 — had been registered, according to the MOF’s latest quarterly PPP report. Of those, 6,778 with total planned investment of 10.1 trillion yuan have reached the stage of preparation, procurement or execution, having completed value-for-money (VFM) analysis and fiscal affordability reviews, according to the report.

VFM analysis seeks to determine whether replacing a purely state-funded investment and operation of a project with a PPP arrangement is cost-effective and/or improves the quality of the public service.

Jiangsu, a province north of Shanghai, had 210 PPP projects in the stage of preparation, procurement and execution, ranking 12th in the country. The deals had a total planned investment of 473.8 billion yuan, the 10th highest among all provincial-level areas, according to the report.

Many local governments have been abusing the PPP platform, using it as a way to raise money for other purposes, to borrow money under false pretenses, to bring in sham private investors in order to push projects through, or to include ones that don’t qualify.

At the Nov. 1 forum, Wang Yi, the head of MOF’s department of finance, said the ministry will carry out a “cleanup” of the national PPP system. Problematic deals will be removed from the system, he said, citing as examples those that have not carried out VFM analysis and fiscal affordability assessments, or where the investments are being made with borrowed money. He singled out the practice of bank loans being made to private investors to use as cash injections for PPP projects.

A total of 973 projects were removed from MOF’s PPP system in the first nine months of the year for reasons such as failure to attract enough private capital or cancellation by local authorities for not obtaining the necessary official approvals, the ministry’s report showed.

A common concern regarding PPP projects has been their misuse by local authorities in order to disguise debt as equity.

To bring reluctant partners on board, some local governments secretly signed side agreements in which they pledged to buy back the stake in the projects from external investors or to pay them dividends at fixed rates. In many cases, state-owned or state-backed enterprises and financial institutions have been counted as “private” partners due to the difficulty of attracting private capital.

In February, the Ministry of Finance ordered the government of Hubei province in central China to investigate a PPP deal in the provincial capital of Wuhan after the project published shareholder information showing that all of the “private investors” were banks. Similar problems were uncovered in contracts to build public transportation in the eastern province of Shandong and the southwestern province of Guizhou.