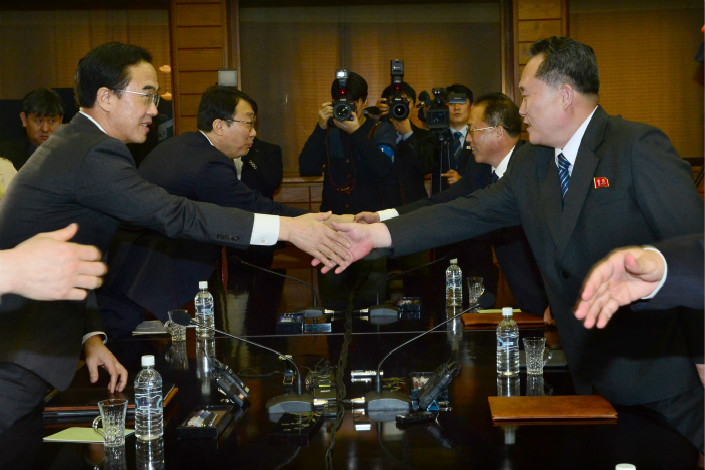 The official talks will be held at the Peace House in Panmunjom, which lies within the Joint Security Area in the Demilitarized Zone between the two states, representatives of the countries decided on Thursday, according Yonhap.

A work meeting will be held on April 4 between North Korea and South Korea to discuss the details of the summit, including security and the media.

Thursday’s announcement comes after the Chinese government revealed details of an unofficial meeting this week between North Korea’s Kim and China’s President Xi Jinping, during which Kim reportedly declared his commitment to denuclearization “if South Korea and the United States respond to (North Korea’s) efforts with goodwill.”

Meanwhile, top Chinese diplomat and Politburo member Yang Jiechi is on a two-day trip to Seoul, where he is expected to meet President Moon, as well as Moon’s security advisor Chung Eui-yong, to discuss the security of the Korean Peninsula, among other issues.