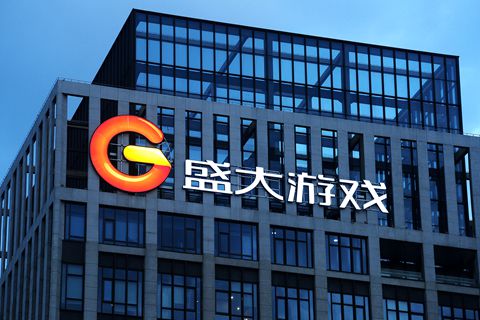 Shanda Games made the investment through its South Korea-based subsidiary, Actoz Soft.

Tencent holds a 3 billion yuan ($478 million) stake in Shanda after a strategic investment announced in February. The two companies said they will cooperate in game development, distribution and other businesses.

Kakao Games, the gaming unit of South Korea’s largest messaging app operator, Kakao Corp., unveiled in February the 140 billion won fundraising plan from a group of investors led by Tencent. The company is valued at about 840 billion won in the funding round.

As of May, Kakao Corp.’s chatting app, Kakao Talk, had 220 million registered users in South Korea — about 84% of the country’s total population.

Tencent in recent years has stepped up its expansion in the global online game market with investments in U.S. game developers Riot Games Inc., Epic Games Inc. and Activision Blizzard Inc. In 2016, Tencent bought the majority of Finland-based “Clash of Clans” mobile-game-maker Supercell for $8.6 billion.

This story has been updated to correct a headline to state $9.4 million.