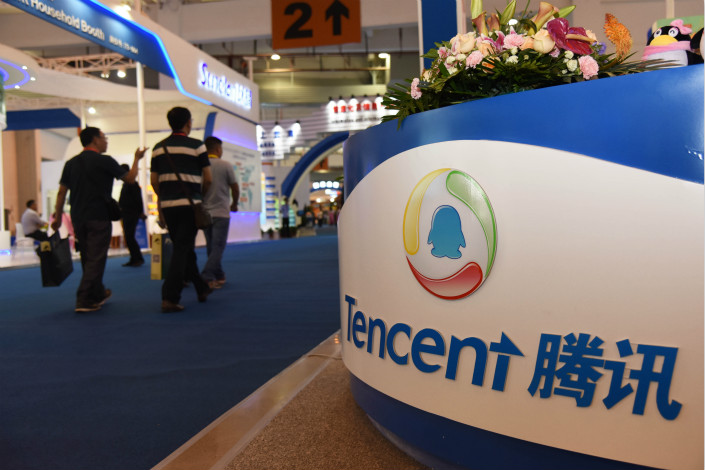 Tencent said it plans to open similar new data facilities in Thailand, Russia and Japan within a year as it expands its global network. Photo: VCG

Internet giant Tencent Holdings Ltd. said on Wednesday it has opened four new data centers in Hong Kong, the U.S. and India, as it plays catch-up with hometown rival Alibaba and global giants like Amazon in the fast-growing market for cloud computing services.

The Hong Kong center will be Tencent’s second in the former British colony, while the two new U.S. centers will be located in the state of Virginia and California’s Silicon Valley, Tencent said in a statement. The Indian center will be in the country’s financial capital of Mumbai, and will serve as a hub for Tencent’s cloud services throughout South Asia.

“Globalization is an important part of Tencent Cloud’s strategy. By offering our advanced cloud computing infrastructure across the globe, we can not only share Tencent Cloud’s technology and expand our portfolio of industry solutions, but also lower costs and increase efficiency across a variety of industries,” said Qiu Yuepeng, president of Tencent Cloud.

The Hong Kong data center will double Tencent’s capacity in the territory, and complement an existing data center that was the company’s first outside China when it opened in 2014. The new Silicon Valley center is also the second for Tencent in that area, following its opening of an original center in the high-tech hub last year.

Tencent said it plans to open similar new facilities in Thailand, Russia and Japan within a year as it expands its global network. Such cloud services allow users to store and process information using remotely-based computing power and storage facilities, negating the need for expensive, high-performance personal computers to perform such tasks.

Tencent is competing with Alibaba Group Holding Ltd. in the race for a slice of the lucrative cloud services market, alongside global giants including Amazon.com Inc., Microsoft Corp. and IBM. Amazon led the market in 2016 with 44.2% market share, followed by Microsoft and Alibaba with 7.1% and 3% share, respectively, according to research firm Gartner. The industry grew 31% that year to $22.1 billion, Gartner added.

All of the U.S. companies are active in China, though they are prohibited from actually owning and operating data centers that lie at the heart of such services and instead must work with local partners to provide such services. Microsoft offers its China cloud services with local data center operator 21Vianet Inc. Earlier this month that pair said their alliance using Microsoft’s Azure platform has provided public cloud services to more than 100,000 Chinese business customers and has attracted more than 1,300 cloud partners in the 4 years since its foundation.