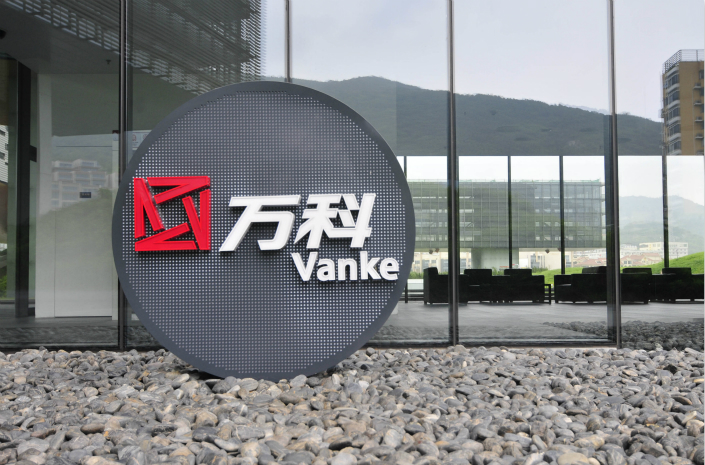 The Shenzhen headquarters of China Vanke Co. Ltd. is seen on May 29. Photo: VCG

A Beijing rental-housing project at which minimum rents are triple the district average has raised eyebrows amid a national drive to develop the sector.

Construction recently kicked off on China Vanke Co. Ltd.’s new “Jade College” project in Beijing’s northwestern Haidian district, which by 2020 is expected to have over 1,300 rental housing units.

Marketing materials for the project say that the minimum monthly rent for a 90 square-meter (969-square-foot) apartment will be set at 15,000 yuan ($2,390). The highest rents for largest apartments will be up to 40,000 yuan.

The average monthly rent in Haidian district was 5,007 yuan in April, according to real estate services firm Anjuke.

Analysts have their doubts whether the rents as high as those at Jade College can attract customers.

“Such expensive monthly rent is almost as high or even higher than the monthly mortgage payment on many properties,” Kong Dan, an analyst with real estate agency 5i5j Group, told Caixin, adding that he believes that housing of the kind advertised at Jade College will struggle to find tenants at the price currently set because no one “wants to pay more money than a mortgage to rent an apartment.”

Vanke, one of China’s largest developers, said the minimum lease term will be three to five years, while the longest lease will be 10 years. Tenants who choose the 10-year lease will have to pay the decade’s rental fees upfront, which amounts to 1.8 million yuan, based on the minimum monthly rent.

“This is a niche market,” the head of the project said. Vanke’s sales team say that Jade College is targeted at people who have studied abroad and those working in the tech sector in nearby Zhongguancun, an area sometimes called “China’s Silicon Valley” that is home to the headquarters of firms that include Sina Corp. and Baidu Inc.

As home-buying continues to be subdued in the country’s biggest cities due to policies to slow house-price growth, several of China’s leading real estate developers such as Vanke and Country Garden Holdings Co. Ltd. have started to accelerate their drive into the rental housing market, following repeated government calls to develop the market.

Jade College’s units cannot be sold, only leased, due to a pledge Vanke made during the land auction process. The maximum sale price was set by the government, and when that price was exceeded by the bidders, the player who promised to hold onto the units for the longest time was awarded the land. In order to win the auction, Vanke promised to not sell any of the properties for 70 years, the maximum length of time for which land use rights can be granted in China.

Developers have been unenthusiastic about the rental market as they do not generally receive cash upfront — posing greater risks and a threat to their cash flow.

Jade Garden’s projected rate of return on investment will be less than 3%, according to people close to the matter.