After Failing to Take Over, Baoneng Starts Selling Vanke Stake 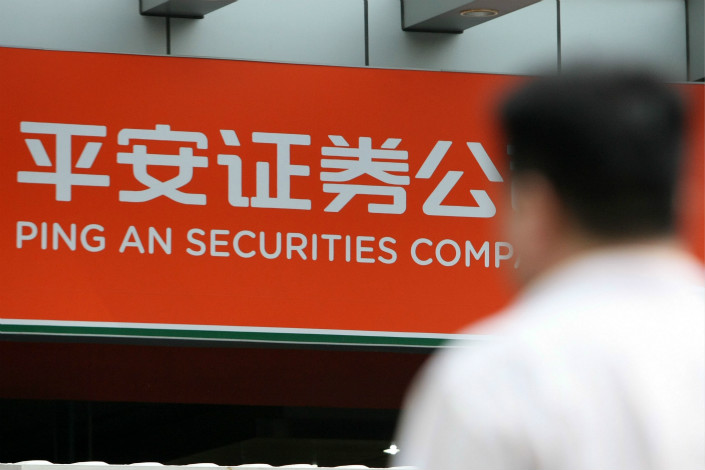 Baoneng Group has sold a portion of its roughly 25% stake in China Vanke Co. to a brokerage arm of Ping An Insurance. It is Baoneng's first sale of Vanke shares in the two years since it failed in its hostile bid for the real estate company. Photo: VCG

Baoneng Group has sold a portion of its roughly 25% stake in China Vanke Co. to a brokerage arm of Ping An Insurance Group.

The deal marks the first step in the corporate raider’s long-delayed divestiture of its leveraged stake in Vanke that it built up during its failed takeover attempt of the real estate company in 2015 — a stake that eventually ran afoul with regulators.

Three months after Baoneng was openly criticized for dragging its feet on the liquidation, its subsidiary reached a deal to dispose of 89.72 million Vanke shares, or 0.81% of those in circulation, through block trades for 2.69 billion yuan ($428.2 million), according to a filing to the Shenzhen Stock Exchange after the market closed on Tuesday.

Caixin has since learned that the shares were transferred to Ping An Securities Co., the brokerage arm of the country’s second-largest insurer by premium income.

To sell the stake, Baoneng liquidated one of the nine asset management plans (AMPs) that its subsidiary Shenzhen Jushenghua Industrial Development Co. had set up to acquire the shares. It was Baoneng’s first sale of Vanke shares in the two years since it failed in its hostile bid for China’s largest listed property developer by assets, Caixin has learned.

Jushenghua earned a profit of nearly 1.2 billion yuan on the sale, according to Caixin calculations based on documents filed by Vanke to the Shenzhen Stock Exchange.

Jushenghua still owns 17.92% of Vanke’s shares. Combined with the holdings of other Baoneng subsidiaries, Baoneng remained Vanke’s second-largest stakeholder, with 24.59% of the company’s shares as of Wednesday.

In 2015, Jushenghua set up the nine AMPs with funds borrowed from banks. For every 1 yuan Jushenghua invested in the AMPs, it borrowed 2 yuan through the plans — a leverage ratio of 1:2.

This leverage is what eventually got Baoneng in trouble with regulators. In July, the China Securities Regulatory Commission issued a rule that prohibited leveraged AMPs from rolling over their debts. When the loans of one AMP came due in November, Jushenghua found itself in violation of the new rule, leaving it with few options other than to liquidate some of its holdings.

Since then, the loans of six other AMPs came due at the end of last year, so Baoneng remains in violation of the rule. The debts of the two remaining AMPs will come due in the coming months, Caixin reported earlier.

Six months ago, it appeared as if Baoneng would be able to comply with the rules. At that time, Ping An Bank had agreed to provide 23 billion yuan to set up a trust plan to take over the Vanke shares held by some of Baoneng’s AMPs. However, the deal never went through because of the tougher regulatory environment, Caixin has learned.

On April 3, Jushenghua announced that it had ruled out the possibility of selling its Vanke shares on the secondary market. It said that it would try to dispose of the shares either through block trades or through transfer agreements to “avoid drastic fluctuations in Vanke’s share price” or otherwise disrupting the market.