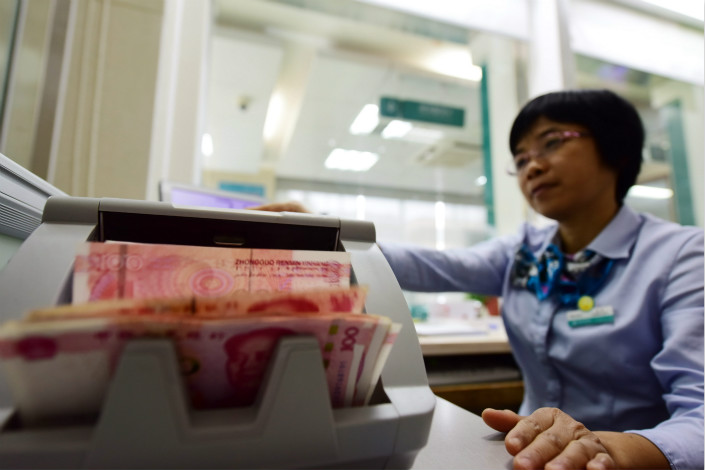 (Beijing) — Some analysts downplayed the significance of China’s central bank’s unexpected move on Tuesday to cut the reserve requirement ratio (RRR) by 1 percentage point, saying that China is unlikely to change its neutral monetary policy under regulatory tightening.

“The RRR cut is a preventive measure to cope with a possible economic growth slowdown in the second half,” said Tommy Xie Dongming, an economist at OCBC Bank, adding that flagging economic indicators such as M2 and total social financing (TSF), along with higher borrowing costs foreshadowed a further slowdown in China’s economic growth.

The RRR cut came on Tuesday evening after China posted 6.8% growth in the first quarter, dipping slightly from 6.9% growth in 2017. Despite the economic resilience reflected in the better-than-expected headline figure, Xie said the market felt downward pressure as the liquidity within banks is tight and the borrowing costs remain elevated.

However, he believed that it’s unlikely that China will move away from its “neutral and prudent” monetary policy.

Some believe that the cut has a much narrower target than supporting the entire economy. Rather, its purpose is to increase the lending capacity of commercial banks, particularly the smaller institutions that had failed to attract sufficient deposits due to the limit on the deposit rates they could offer.

“The purpose of the cut is to provide banks with money to lend rather than to shore up the economy in general,” said Liu Dongliang, senior analyst with China Merchants Bank.

Although growth in infrastructure spending moderated in March, Liu believed that overall economic performance is acceptable due to support from real estate and consumption.

Liu said the RRR cut shouldn’t be considered stimulus. “Downward pressure is well under control, so the central bank has no urgent need to use stimulus,” Liu said.

Infrastructure investment, which is largely underpinned by local government spending on constructions of roads, railways and other public facilities, rose 13% year-on-year in the first quarter, marking the slowest increase since April 2014.

Earlier, central bank data showed China’s M2 money supply at the end of March was 8.2% higher than a year ago, down from an increase of 8.8% in February. March’s new total social financing, a broad measure of credit and liquidity in the economy, amounted to 1.33 trillion yuan ($211.66 billion), 786 billion yuan lower than the same period a year ago.

About 1.3 trillion yuan is expected to be unleashed by the RRR cut. However, only 400 billion yuan is supposed to end up with commercial banks because 900 billion will be swapped back to repay maturing loans from the central bank’s medium-term lending facility.

Xie expected that the 400 billion yuan of liquidity will give support to most small urban commercial banks without direct access to central bank liquidity pools, adding in return it will help them to “lend more to small and midsize enterprises,” — a oft-repeated call from the government in a bid to shore up the real economy.

Xie said the central bank’s next move will hinge on the dynamics of economy-wide leverage, as the government remains focused on the deleveraging campaign. Nonetheless, there is still room for another RRR cut due to the relatively high reserve ratio requirements for Chinese commercial banks.

“The central bank could move from neutral with a tight bias to neutral,” he said

“The deleveraging has turned more specific,” Xie said, adding that the market has become more immune to deleveraging rhetoric after the central government made it clear that indebted local governments and SOEs are first on the firing line.

On Wednesday, Chinese mainland stock markets closed up higher on prospective liquidity support from the central bank, with the Shanghai Composite Index ending the day 0.8% higher, while the Shenzhen Component finished up 0.92%.