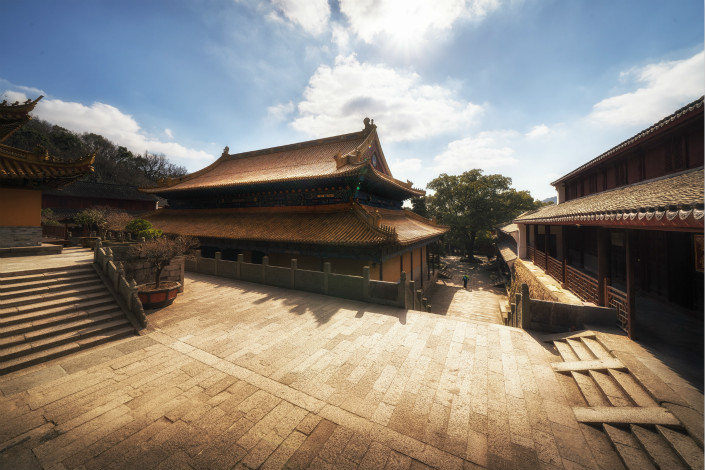 The tourism company associated with one of four Chinese mountains considered sacred by Buddhists has postponed its initial public offering (IPO) in the wake of a controversy over commercializing the country’s religious sites.

The planned IPO of Putuoshan Tourism Development Co., the official travel agency of Mount Putuoshan, has been in the spotlight since the company filed an updated IPO prospectus earlier this month that drew criticism from religious authorities and the local government.

Putuoshan Tourism withdrew its IPO application to comply with a request by the China Securities Regulatory Commission (CSRC), according to a CSRC statement published late Wednesday. The request was based on 2017 national guidelines for regulating commerce at Buddhist and Taoist temples in China.

Putuoshan Tourism didn’t immediately respond to a request for comment on Thursday.

Mount Putuoshan, which is on an island about 20 miles from China’s east coast in the city of Zhoushan, Zhejiang province, has been recorded in sutras as “Buddhist heaven above the sea.”

In recent years, however, places like Mount Putuoshan have received more attention for the business opportunities they offer, with some companies using the names of well-known religious sites to sell merchandise or promote their IPOs.

Emei Shan Tourism Co. Ltd., based in southwestern China’s Sichuan province, went public in October 1997. Anhui Jiuhuashan Tourism Development Co. Ltd., which oversees Mount Jiuhuashan, in East China’s Anhui province, completed its IPO in Shanghai in 2015. The most famous example is the Shaolin Temple, which has grown into a sprawling commercial empire that has raked in millions of yuan by allowing films and video games to use its “Shaolin” trademark.

To curb existing problems in the commercialization of Buddhism and Taoism across the country, the State Administration for Religious Affairs and 12 other government agencies released national guidelines in 2017 that explicitly prohibited Buddhist and Taoist temples from raising capital or being included in publicly listed companies, which partly explains the strong resistance to Putuoshan Tourism’s listing plan.

On April 11, the Buddhist Association of China posted a complaint (link in Chinese) on its website on April 11, saying such a move is profiting in the name of religion, jeopardizing the image of the sacred sites and hurting the feelings of Buddhists. A day after the complaint was released, the city’s state-owned asset commission, which owns 71.83% of Putuoshan Tourism, also said it’s improper to use “Putuoshan” in the name of a company that is about to be listed.

According to Putuoshan Tourism’s prospectus, the company planned to raise 680 million yuan ($108.50 million) to upgrade the mountain’s ropeways and build other attractions such as a hot springs and spa.