Hainan Clamps Down on Property Purchases 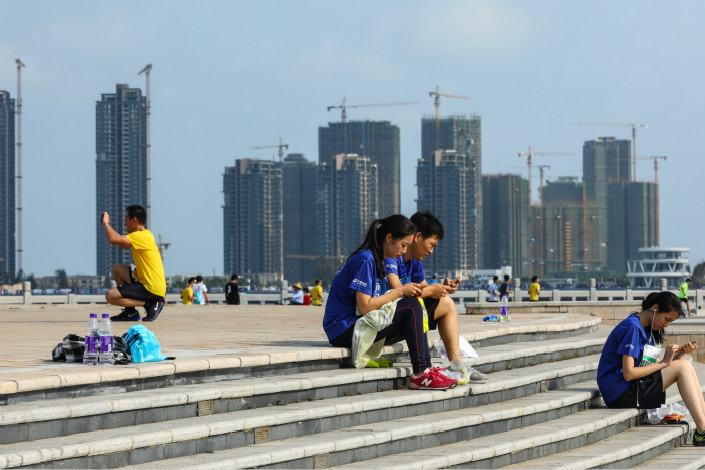 (Beijing) — China’s Hainan province has doubled down on property purchasing curbs to ward off speculators in the wake of the central government’s decision to make the island a free-trade zone.

The latest purchasing curbs are mainly targeted at out-of-town investors whose appetites have been whetted for local property since the central government announced on April 13 that the entire province will be designated a free-trade zone and free-trade port.

The new rules prohibit nonlocals, or those without local household registration, from buying property in four key cities: Wuzhishan, Baoting, Qiongzhong and Baisha. For the larger cities of Haikou, Sanya and Qionghai, nonlocal buyers need to provide records of social security or tax contributions to Hainan for at least 60 months in total in order to qualify to buy a home, the provincial government said in a statement over the weekend.

In the rest of Hainan, homebuyers still have to prove they have made social security or tax contributions, but need to provide records for only 24 months in total.

Due to the rule changes, the number of out-of-town property buyers in Hainan has dropped off a cliff, said one real estate expert who asked to remain anonymous.

The situation has sent “the local real estate market into a temporary freeze,” the expert told Caixin, adding that property owners and prospective investors all need to prepare themselves to hold on to properties in Hainan for the long term.

Hainan’s property curbs followed a similar path to those in Xiongan New Area, which the government tapped in April 2017 as a spillover development zone for nearby Beijing.

As a major tourist attraction in China, Hainan’s real estate market was mainly driven by investment from nonresidents. A large number of out-of-town buyers chose to buy homes in Hainan to get away from the smog and long winters of northern China, according to a 2017 report by real estate services company Lianjia. Nonlocal buyers accounted for 88% of the province’s homebuyers in the first half of 2017.