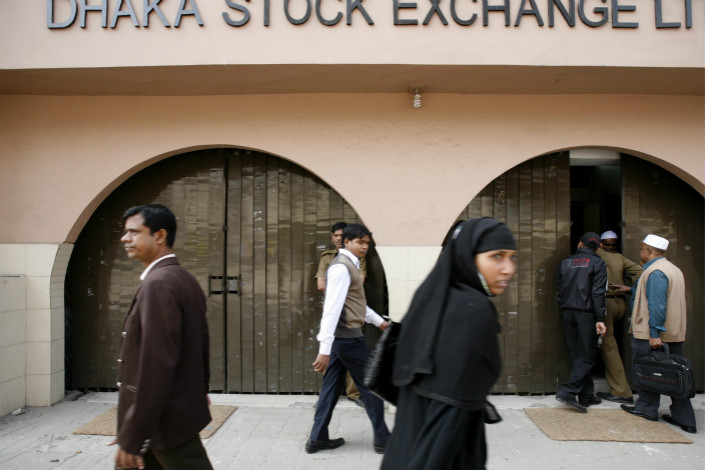 A consortium including China’s two main stock exchanges has won the bidding for a quarter of Bangladesh’s main bourse, defeating a rival Indian group that had argued Beijing was making the purchase to try to boost its regional influence.

The winning bid from the Shanghai and Shenzhen stock exchanges comes less than two years after a similar Chinese consortium bought 40% of the main stock exchange of Pakistan, a traditional ally of Beijing and rival of Delhi. It also comes as China is trying to boost its influence throughout Asia with its “Belt and Road” initiative aimed at helping developing countries build up their infrastructure.

The Dhaka Stock Exchange had initially voted to accept the Chinese offer in February, and regulators in both countries have now signed off on the deal, the Shenzhen stock exchange said in an announcement on its webpage.

The Chinese side had offered to pay 22 taka ($0.26) per share for 25% of the company, in a bid valued at $119 million. That was far higher than a rival bid from a group that included India’s National Stock Exchange, which had offered 15 taka per share. The Indian group had reportedly lobbied hard to deny the bid to China, arguing it was a veiled effort by Beijing to boost its influence in South Asia.

“Based on the principle of equality, mutual benefit and win-win cooperation in compliance with Chinese and Bangladeshi laws and regulations, the consortium will advance cooperation in key areas such as trading technology, market cultivation, and product development in an orderly manner to achieve higher-quality growth,” the Shenzhen stock exchange said in its statement. “With concerted effort, the consortium and Dhaka Stock Exchange will participate in and support the ‘Belt and Road Initiative’, contributing to the sound development of both capital markets.”

Founded in 1954, the Dhaka Stock Exchange is the main bourse of Bangladesh, which lies across India’s eastern border. The bourse contains listings for 303 companies with a total market value of $44 billion.

In early 2017, Pakistan, which lies on India’s western border, agreed to sell 40% of its main bourse in the city of Karachi to a Chinese group for $85 million. That group also included the Shanghai and Shenzhen stock exchanges, as well as the Shanghai-based China Financial Futures Exchange.