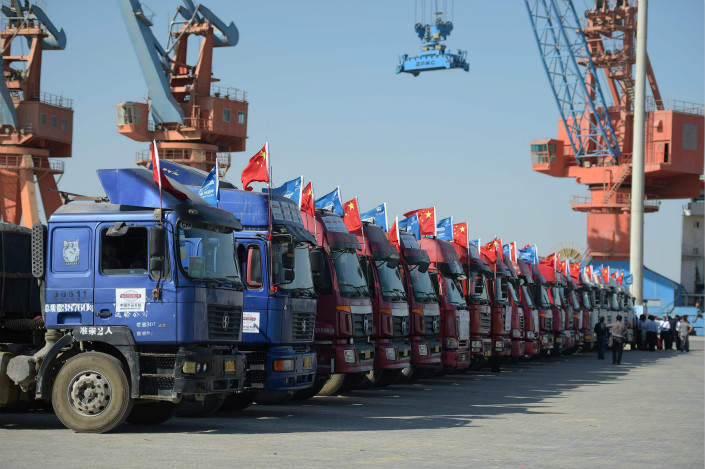 A China-Pakistan Economic Corridor being developed by the two traditional allies could include as many as nine industrial zones, official media reported on Sunday, as Beijing seeks to export its infrastructure-building and manufacturing prowess under its Belt and Road Initiative.

Pakistan sees development of the corridor as reflecting the development of the strong political ties between the two countries into more “deep-rooted economic ties,” the nation’s Minister for Planning, Development and Reforms, Ahsan Iqbal, said in a radio interview, according to a report by the official Xinhua News Agency.

After decades of building up its own infrastructure and manufacturing capabilities, China wants to export some of that expertise through the Belt and Road Initiative, a program launched in 2013 by President Xi Jinping. The plan originally focused on infrastructure development in countries along the historic land-and marine-based Silk Roads, but since then has come to include a wider range of projects in many developing countries.

The China-Pakistan Economic Corridor in its current form was first proposed the same year as Belt and Road, and included a later pledge by China to invest $46 billion by 2030.

Speaking in an interview with state-run Radio Pakistan in Lahore, Iqbal said the nine industrial zones will be established over the next two to three years, according to Xinhua. Those areas include two already completed coal-fired power plants with a combined capacity of 1.32 gigawatts in the cities of Sahiwal and Karachi, and a 300 megawatt solar plant that has become operational in the city of Bahawalpur.

He also mentioned the development of coal reserves and building and improvement of road networks and rail lines that could fall under the mantle of the larger Economic Corridor concept.

Iqbal made the remarks the same day he was wounded in the shoulder in an apparent assassination attempt, according to foreign media reports. The attack happened as he was getting out of a car to attend a meeting in the city of Narowal in Punjab province, according to CNN. He was taken to the hospital with wounds that were not considered life-threatening, according to the BBC.

To read more about the Belt and Road Initiative, click here.