Why We Need Globalization, Even When It Kills Wages, Jobs 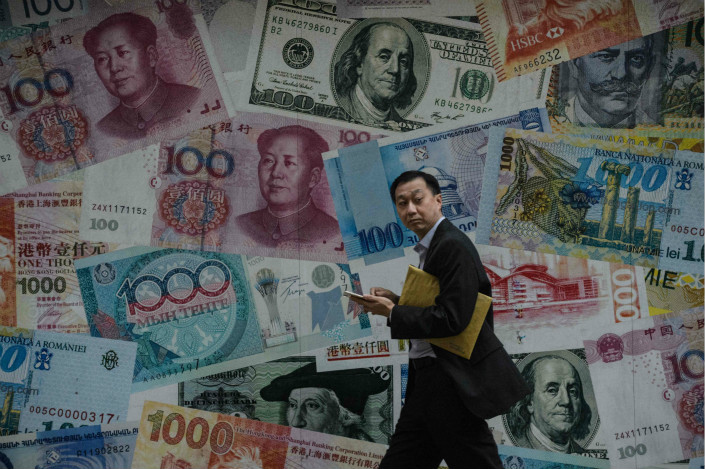 A man walks past a wall emblazoned with representations of different countries' bank notes in Hong Kong on Nov. 9. Photo: VCG

From the Brexit vote to Donald Trump’s election as U.S. president to rising support for populist parties in countries like Germany and Italy, much of the electoral upheaval in Western democracies in recent years has been attributed at least partly to a backlash against globalization. But globalization does not deserve voters’ ire.

There is no doubt that globalization can leave specific groups within trading economies worse off. Those who work in industries that are susceptible to rising competition from foreign labor are especially vulnerable. Immigration increases the availability of workers who are willing to accept lower wages, effectively dragging down wages for local workers, particularly in lower-skill jobs. And offshoring enables companies to move, say, manufacturing operations to countries with larger pools of low-cost labor.

Overall, however, the case for globalization, including free trade and at least some openness to migration, is strong, because it increases the total wealth of participating countries. All that is needed to mitigate its weaknesses is effective redistribution policies, including strong social safety nets.

Yet such countervailing policies are rarely taken, allowing frustration to mount among the groups that are losing out. Politicians then emerge to seize on that frustration, pursuing policies that are precisely the opposite of what is needed. Nowhere is this trend more apparent — or more consequential — than in the United States, where Trump’s administration risks provoking a trade war with China, for the sake of appeasing some elements of his electoral base.

The tariffs that Trump has pledged to introduce are aimed, first and foremost, at reducing America’s bilateral trade deficit vis-à-vis China. What Trump seems not to understand is that markets function well when one party buys more than it sells to a partner, and vice versa. If trade deficits are no longer allowed, the world economy will regress essentially to a barter system, and countries’ ability to capitalize on their competitive advantages will be diminished.

This is not new information. The Smoot-Hawley Tariff of 1930 — which raised U.S. tariffs on more than 20,000 imported goods by as much as 50% — was supposed to protect American farmers and businesses. Instead, it triggered retaliatory measures by America’s trade partners, resulting in a 66% decline in world trade from 1929 to 1934, exacerbating the Great Depression. No wonder, then, that so many economists — including me — signed a letter to today’s U.S. Congress that echoes one sent in 1930. One hopes that, this time, policymakers will listen.

But there is another dimension to the debate about trade balances that often gets left out of the conversation: investment. Last year, Japan’s trade surplus vis-à-vis the U.S. rose 3.1%, to $69.7 billion — eliciting complaints from the U.S. Department of Commerce. Yet this simplistic response overlooks the increase in Japanese companies’ investments in the U.S. during the last couple of decades.

Investments by Japanese multinationals, especially in manufacturing, created 856,000 jobs in the U.S. in 2015, accounting for $72.2 billion in total compensation to U.S. workers — second only to the United Kingdom, which created 1.1 million jobs in the U.S., with $84.9 billion in total compensation. Meanwhile, investments by South Korean companies created just 45,000 jobs in the U.S.; for Chinese companies, that figure is just 38,000. Japanese multinationals are top investors in ten U.S. states, including California, Kentucky, Nebraska, and even the Rust Belt state of Ohio, where globalization-averse voters contributed significantly to Trump’s victory.

Voters regard investment very differently from other modes of globalization. The Japanese conglomerate Marubeni’s partial acquisition of the Omaha-based commodity-management firm Gavilon did not trigger the type of backlash that foreign imports or migrants often do. Perhaps people understood that the move would open up new markets (particularly in China) to Nebraskan agriculture.

This distinction is not exclusive to the U.S. In Hungary, anti-globalization — and especially anti-immigrant — sentiment helped Prime Minister Viktor Orbán secure a third successive term in a landslide victory in that country’s election on April 8. Yet the investments being made in Hungary by Japanese firms, such as Subaru, are not merely tolerated; they are welcomed.

So the backlash against some aspects of globalization is much stronger than against others — a situation that seems to be rooted, at least partly, in a lack of understanding of how trade functions or the benefits it brings. Free trade, migration, and foreign direct investment promise far-reaching potential gains for all parties involved. Will we really allow ignorance and political opportunism to prevent us from realizing them?