By Han Yi and Liu Xiao 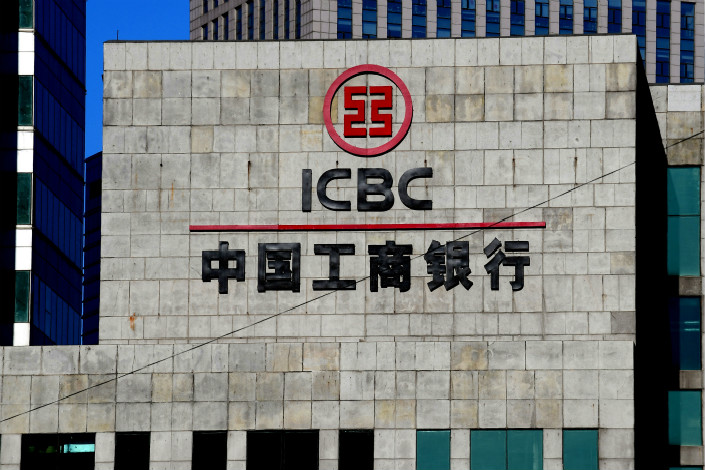 Paper bills of exchange can be “easily forged, changed, lost or damaged,” according to the website of the Industrial and Commercial Bank of China, which itself was caught up in a 2 billion yuan bill fraud in 2016. Photo: VCG

China’s regulators are shaking up the bills-of-exchange business, the latest target of a crackdown on financial risk and fraud in the banking industry, after a string of scandals involving these short-term debt instruments at some of the country's biggest lenders.

New rules issued by the China Banking and Insurance Regulatory Commission (CBIRC) on Wednesday will phase out paper bills of exchange for what’s known as inter-province transactions and force banks to move to an electronic trading system. Lenders are also being required to improve internal controls and monitoring of their bills-of-exchange businesses at both the branch and head office level to reduce the risk of fraud.

The CBIRC said the regulations were being introduced to “standardize the bills-of-exchange business of banking institutions, effectively guard against risk and improve the quality and efficiency of service providers.”

Bills of exchange are a popular source of financing for companies and are also issued by banks. They are certificates that show one party promises to pay a certain sum to another party at a fixed date for the sale of goods and services. Companies often sell these to banks at a discount to get the money straight away, and banks then sell them on, usually to other financial institutions. Traditionally they have been issued in paper form, making them easy to steal and forge.

An inter-province bill of exchange involves a bank issuing a bill for a company registered outside the province or municipality where the branch is located and when subsequent trading takes place between two entities in different provinces. Many of the fraud cases uncovered by regulators have involved inter-province bills. The new rules require banks to phase out inter-province paper bills and within six months, ensure all transactions are made via electronic trading platforms.

Tens of billions of yuan have been misappropriated in scams using bills of exchange since 2016, many involving paper bills, according to incomplete estimates compiled by Caixin from public information.

Earlier this year, state-owned Postal Savings Bank was fined 90.5 million yuan ($14.21 million) after employees at one of its sub-branches in Gansu province were found to have forged 147 discounted bills of exchange, with a combined nominal value of 7.9 billion yuan, and then sold them to 10 other banks.

Last year, a Beijing branch of the Agricultural Bank of China, the county's third-largest bank by assets, was fined 19.5 million yuan after four former employees were found to have embezzled 3.9 billion yuan worth of bankers’ acceptance bills, a type of bill of exchange, in 2015. Investigators discovered that the paper bills, which were in the bank’s safe, had been switched for a pile of newspapers.

Paper bills of exchange have many shortcomings, as a notice on the website of the Industrial and Commercial Bank of China (ICBC), the country’s biggest lender by assets, highlights. They can be “easily forged, changed, lost or damaged,” the bank says. They are also unsafe to carry around, have strict requirements for endorsement, and require physical delivery, which is inefficient.

But even electronic bills of exchange aren’t scam-proof. ICBC itself was caught up in a 2-billion-yuan bill fraud back in 2016 for allowing ex-employees of another small bank to use fake documents to open an account to issue, and later sell, 2 billion yuan worth of fake bank bills.

Branches of China Minsheng Bank, China Citic Bank and Bank of Tianjin have also found themselves caught up in misappropriation of bills of exchange.