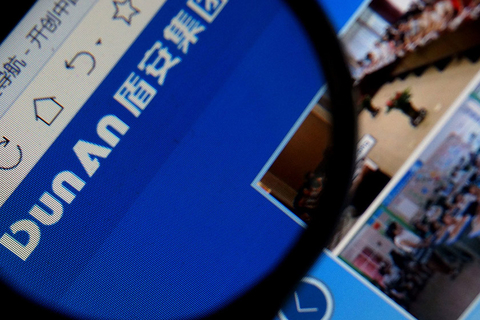 Chinese precision equipment maker DunAn Group repaid its first bond due after the large private company begged for government intervention to avoid defaulting on as much as 45 billion yuan ($7 billion) in debt.

Zhejiang-based DunAn repaid a 1 billion yuan ultra-short-term financing bond that was due on Tuesday, partially easing creditors’ concerns about a default.

DunAn faces a debt crisis after a publicly listed subsidiary failed to raise capital through a bond sale. The company then turned to the local government for help. DunAn has another 900 million yuan bond repayment due in May. According to its quarterly report, the company also needs to repay 1.05 billion yuan in short-term borrowing and notes in May.

Last Wednesday, the Zhejiang government called on DunAn’s main creditors to discuss ways to resolve the crisis and help the company get temporary liquidity support.

The day before the bond came due, China’s Zheshang Bank provided an equity-backed loan to DunAn. The company pledged 158 million shares of a Shenzhen-listed subsidiary as collateral to the bank, according to a statement.

Shares of the subsidiary, Anhui Jiangnan Chemical Industry Co., have been suspended since May 1, “pending a major disclosure” from the parent company. DunAn didn’t disclose the amount of the loan from Zheshang Bank. But based on Anhui Jiangnan’s closing price on April 27, the 158 million shares would be worth 854 million yuan.

Founded in 1987, DunAn operates a wide range of businesses, including precision manufacturing and advanced equipment such as air conditioning parts. The company, with around 29,000 employees, expanded into renewable energy and asset management in recent years.

In its plea to the government, DunAn said it had trouble getting loans or selling bonds because the banking sector’s deleveraging efforts and the rising cost of financing have caused a severe liquidity crunch for the company.

Although the local government asked banks not to rescind their loans to DunAn and its subsidiaries, some lenders have started to take precautions.