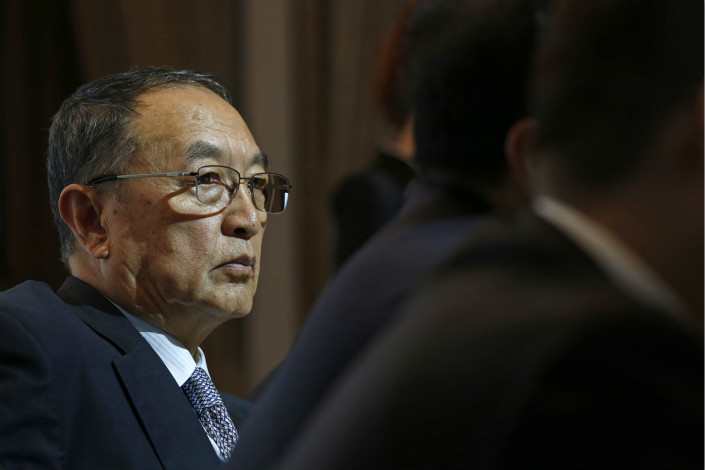 *The criticism comes at a sensitive time, with Sino-U.S. trade tensions exposing China’s reliance on American technology and Lenovo losing its top spot in the global PC market

(Beijing) — The founder of Lenovo Group Ltd. has pushed back against accusations that the Chinese personal-computer giant was “unpatriotic” because it did not support homegrown wireless technology at an industry group meeting in 2016.

Liu Chuanzhi disputed both the veracity of the rumor and the criticism, saying that people should keep technological development and nationalism separate.

“Recently there have been a few ‘vicious’ articles making the rounds that have accused Lenovo of ‘selling out China,’” Liu wrote in an open letter posted online on Wednesday. “Such accusations are snowballing and have seriously dented our reputation.”

The 74-year-old, who has not been involved in the company’s operations since passing the reins to current Chairman Yang Yuanqing in 2011, said he was shocked by what he called “slander.” He said he decided to clarify the matter after consulting top management. His letter was also signed by Yang and Zhu Linan, president of Legend Holdings Corp., Lenovo’s parent company.

The PC giant has been in the spotlight since posts surfaced online last week that accused Lenovo of betraying China because it did not support a coding technology led by its Chinese peer, Huawei Technologies Co. Ltd., during international industry meetings to establish the fifth-generation mobile standard.

The meetings were held by the 3rd Generation Partnership Project (3GPP), a France-based global initiative that sets international telecommunications standards and system specifications.

The accusations of treason came at a sensitive moment as China and the U.S. in the midst of a brewing trade war. ZTE Corp., China’s second-largest telecom-equipment maker, was banned by Washington from buying components and parts from American suppliers for seven years as it flouted rules against selling U.S. goods to Iran.

ZTE has since suspended its main operations and has said that the sanctions jeopardize the livelihoods of thousands of its employees.

“The ZTE saga has shed light on China’s overreliance on foreign technology. People want Chinese companies to focus more on innovation of technology rather than innovation of business models for sustainability,” said Yu Ping, an observer, in a commentary on People’s Daily. “We shouldn’t rub away all efforts Lenovo has put into building its empire for the 30-plus years just because China suffered a setback in a global race to define a core technology.”

In the open letter, Liu said Lenovo initially voiced support for the U.S.-proposed LDPC (Low-Density Parity-Check) code during the 3GPP’s meeting in October 2016, but switched to the Polar code camp, led by Huawei, at another meeting a month later.

Lenovo made the decision to support Huawei based on two principles. The first was to protect the company’s interests. The second was to safeguard national and industrial development, Liu explained.

The criticism has added to the growing woes of Lenovo, which lost its global PC top spot to HP Inc. last year, and has had difficulty turning around the mobile business it acquired from Motorola Mobility.

In addition, the company will be dropped from Hong Kong’s benchmark Hang Seng Index in June, for the second time, because of its stock’s lackluster performance.