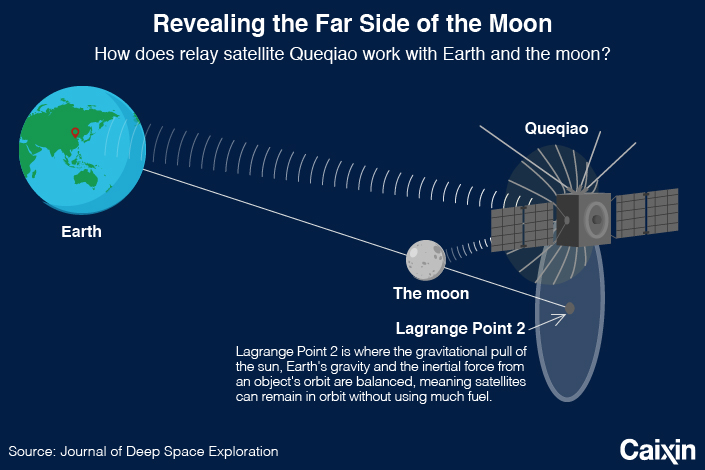 China launched a relay satellite early Monday as part of its planned mission to explore the far side of the moon by the end of the year.

A Long March-4C rocket carrying the satellite “Queqiao” or “bridge of magpies” blasted off from the Xichang Satellite Launch Center in the southwestern province of Sichuan some 270 miles from provincial capital Chengdu, according to the state-run Xinhua News Agency.

The launch comes as Beijing is upping the ante in the space race with Russia and the United States, aiming to make China a global space power by 2030. China’s own manned space station will be launched next year.

The relay satellite will be orbiting on a trajectory about 455,000 kilometers (282,555 miles) from Earth. It will be the world’s first communication satellite operating in this trajectory.

The new satellite will be deployed as a relay station for communication between Earth and the Chang’e 4,a new model of lunar probe to land on the far side of the moon, Wu Weishi, chief engineer of China’s moon exploration program, told Xinhua.

The name of the satellite comes from a Chinese myth about two separated lovers, one on Earth and one in the heavens, who can meet once a year when a flock of magpies forms a bridge to connect them.