By Yu Dawei and Li Rongde 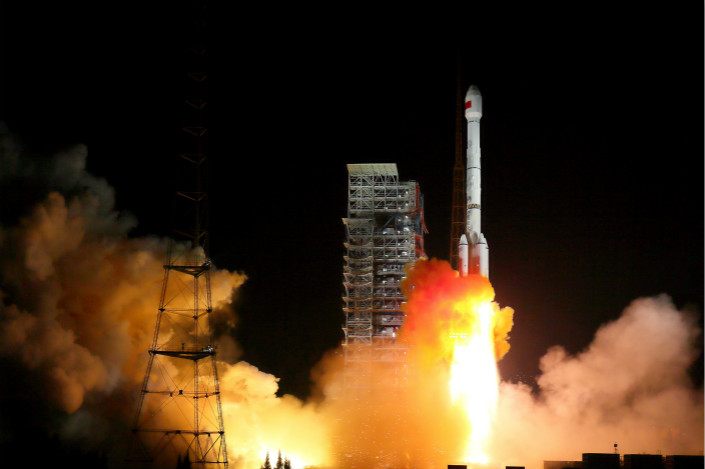 China has launched two satellites as it pushes to expand the global reach of Beidou, its homegrown rival to U.S.-based navigation service GPS.

A Long March 3B rocket blasted off from the Xichang Satellite Launch Center in Sichuan province on Sunday carrying the two Beidou-3 satellites. The event marks “a major leap forward” in the development of China’s homegrown navigation system, according to state media.

There are 23 Beidou satellites in orbit, but their coverage is limited to China and its neighbors. The expanded system will allow China to reduce its reliance on foreign services such as GPS, which was developed by the U.S., or Russia’s Glonass, which is consists of 24 satellites.

The Chinese system will also compete with the Galileo navigation system that is currently being developed by the European Space Agency.

Navigation systems have a wide range of applications including in smartphones and self-driving cars. China has already gained a foothold in the global market for satellite navigation services, selling technology based on its Beidou system to more than 30 countries. Most of these countries, including Thailand, are members of the Belt and Road initiative that President Xi Jinping launched in 2013.

The new technology has also gained traction at home in recent years with a growing number of chip developers and high-tech firms embracing Beidou-enabled applications.

More than 30 million chips compatible with Beidou were sold in China over the two-year period ending in April, said Ran Chengqi, director of the China Satellite Navigation Office. Nearly 90% of antennas and 30% of circuit boards sold in China are Beidou-enabled, Ran said.

Chinese companies have started to offer services based on the country’s homegrown navigation system. For example, Ofo, a Chinese bike-sharing company has worked with Ran’s office to develop its locks.

China plans to launch six to eight Beidou-3 satellites by the end of this year and 10 more next year. China’s space agency plans to send 11 more satellites into orbit from 2019 to 2020, completing the global coverage of the Beidou Navigation System.