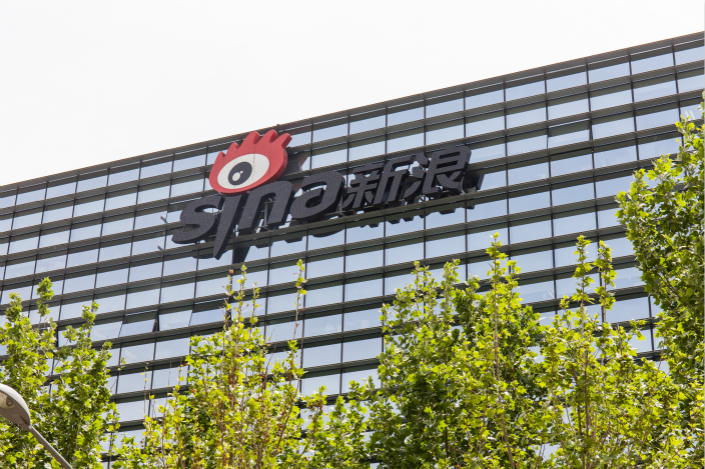 (Reuters/IFR) — Chinese web portal and social media firm Sina Corp. is planning a secondary listing in Hong Kong, in what would be one of the first floats to take advantage of the city’s new rules designed to attract tech equity offerings, two sources said.

Nasdaq-listed Sina, which has a 46 percent stake in China’s Twitter-like Weibo Corp., is working with advisers on the listing that will likely take place in the fourth quarter, said the sources with direct knowledge of the matter.

The offering size is yet to be finalized, the sources said on condition on anonymity as the deal details were confidential.

Sina did not respond to a request for comment.

The listing plan comes at a time when Hong Kong Exchanges and Clearing Ltd. has loosened its rules to woo Chinese new-economy companies, including tech firms and early-stage drug developers, to list in the Asian financial hub.

Under the new rules, firms in Greater China that listed in New York or on the main board of the London Stock Exchange on or before Dec. 15 are allowed to list in Hong Kong with their existing weighted voting rights structures — which give greater powers to founding shareholders.

This is a big shift for Hong Kong, whose one-share-one-vote principle has for 30 years blocked efforts by tycoons from Li Ka-shing to Alibaba’s Jack Ma to list alternative shareholding structures.

Alibaba held its record $25 billion public float in New York in 2014 after Hong Kong refused to accept its governance structure, where a self-selecting group of senior managers control the majority of board appointments.

Hong Kong is hoping that easing rules for secondary listings and allowing primary listing of companies with dual-class shares will help it compete better with New York and mainland China.

Shanghai and Shenzhen have also begun courting the same set of offshore-listed tech firms for a form of secondary listing through the development of Chinese depositary receipts (CDRs).

Sina has a market capitalization of about $6.5 billion.

As one of China’s first tech firms to list on the Nasdaq Stock Market, in 2000, Sina, incorporated in the Cayman Islands with dual-class shares, makes most of its revenue from online advertising on its news portals and Weibo. That has worried investors as the growth rate of Chinese online advertising slows.

Sina shares have slipped 26% over the three months, versus a 1.2% gain in the Nasdaq Composite Index.