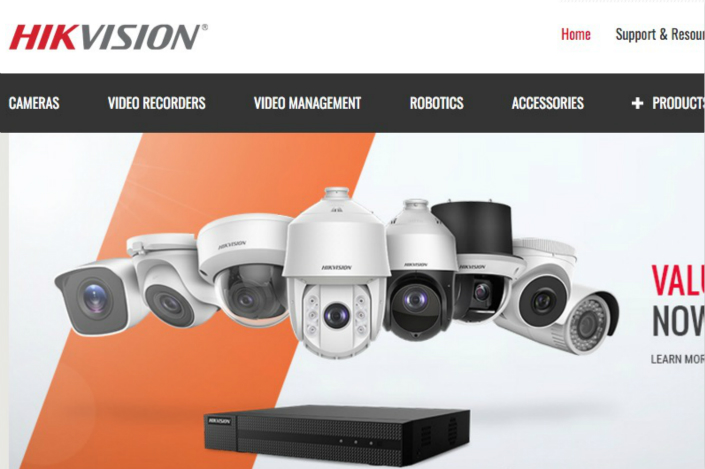 Hangzhou Hikvision Digital Technology Co., the world’s largest maker of surveillance cameras, has reacted angrily to U.S. congressional legislation that would bar it from selling to the U.S. government, saying it is ready to “defend our company’s reputation and legal rights.”

The bill would also require approval by the Senate and President Donald Trump to become law.

The House defense bill provision is the latest in a growing series of U.S. government attempts to restrict Chinese technology companies.

Earlier this week, the U.S. House and Senate Banking Committees unanimously approved legislation that would expand the authority of the Committee on Foreign Investment in the United States (CFIUS) to investigate and restrict foreign investment practices — legislation aimed squarely at Chinese investment in U.S. technology firms.

“We must face the reality that the Chinese-government is using every avenue at its disposal to target the United States, including expanding the role of Chinese companies in the U.S. domestic communications and public safety sectors,” Representative Vicki Hartzler, who offered the amendment restricting Chinese surveillance equipment sales. “Video surveillance and security equipment sold by Chinese companies exposes the U.S. government to significant vulnerabilities, and my amendment will ensure that China cannot create a video surveillance network within federal agencies.”

“Hikvision is a commercial entity whose global operations strictly conform to all relevant (national) regulations,” the company said in a statement on Saturday. “We are dedicated to the advancement of safety in all countries and jurisdictions.”

Hikvision is 42%-owned by the Chinese government, according to the Wall Street Journal, which reported in January that surveillance cameras made by the company had been removed from a U.S. military base in the state of Missouri.

The removal was to allay public concerns and came despite the base’s chief telling the Journal that such cameras posed no threat as they operated in a closed, self-contained network and had never been used only above roads leading to the base and its parking lots.

Hikvision cameras have been widely used in the U.S. to keep watch on streets, homes, and military bases, as well as at American embassies and consulates overseas, according to the report.

Hikvision charged that foreign media reports of possible infiltration and electric espionage using its equipment were based on “prejudice and conjecture” and were based on misinformation about its products and services.

Hikvision currently employs more than 20,000 people at research and development centers in Montreal, Canada and Silicon Valley, California, as well as in Beijing, Shanghai, Chongqing, and Wuhan in China. Its surveillance solutions are deployed in over 100 markets, according to the company’s website.

Chinese technology companies are bearing the brunt of the continuing trade conflict between China and the U.S. Earlier this month the U.S. Commerce Department prohibited U.S. firms from selling technology to ZTE in punishment for its violations of U.S. trade sanctions against Iran, a move that continues to threaten the company’s existence.