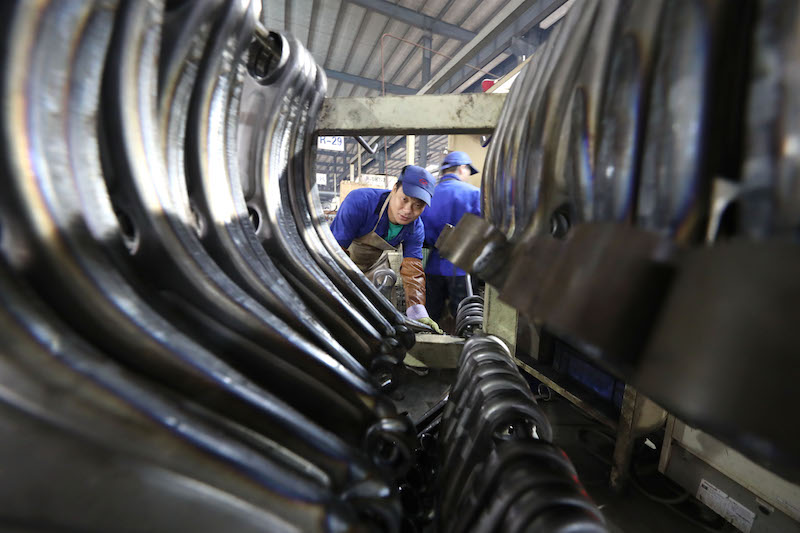 Ningbo Jifeng is offering to guarantee jobs at Grammer for 7½ years as part of the proposed transaction. Photo: VCG

The companies signed a business combination agreement Tuesday under which Ningbo Jifeng is to offer 61.25 euros ($70.87) per share for Grammer, valuing the group at around 772 million euros, including dividends. Ningbo Jifeng already owns almost 26% of Grammer after raising its stake in October.

Grammer shares jumped 19% to close at 61.20 euros, just below the Ningbo offer price.

The two companies intend to deepen a strategic partnership that started when Ningbo took a stake in Grammer early last year, Grammer said. The combination hopes to optimize its global footprint and secure a global growth strategy, Grammer said.

European lawmakers are finalizing a proposal for greater scrutiny of investments made with state influence or aimed at transferring key technologies to a third country, a clear reference to Chinese state-sponsored firms that have bought European rivals.

It also comes less than a week after German Chancellor Angela Merkel, during a trip to China, called on the world’s No. 2 economy to open up key industries to outside competition, demanding greater reciprocity with respect to takeovers and market access to technologies.

Sources familiar with the matter said that Ningbo Jifeng is offering to guarantee jobs at Grammer for 7½ years as part of the proposed transaction, which could soften possible opposition to a takeover.

Sources told Reuters around the time Ningbo Jifeng raised its investment in fall that the Chinese company wanted to expand its stake amid a power struggle with a rival shareholder, Bosnia's Hastor family. Grammer management has generally welcomed the attention of Ningbo Jifeng as a potential “white knight” in its conflict with Hastor.

“We would view such a bid as positive as it offers the Hastor group a good opportunity to exit,” DZ Bank analyst Michael Punzet wrote in a note, keeping a “hold” rating on the stock.

Grammer said Tuesday its executive board welcomed and supported the takeover offer.

Ningbo Jifeng's offer is subject to obtaining at least 50% plus one share in Grammer, including the stake it already holds, as well as regulatory approvals.