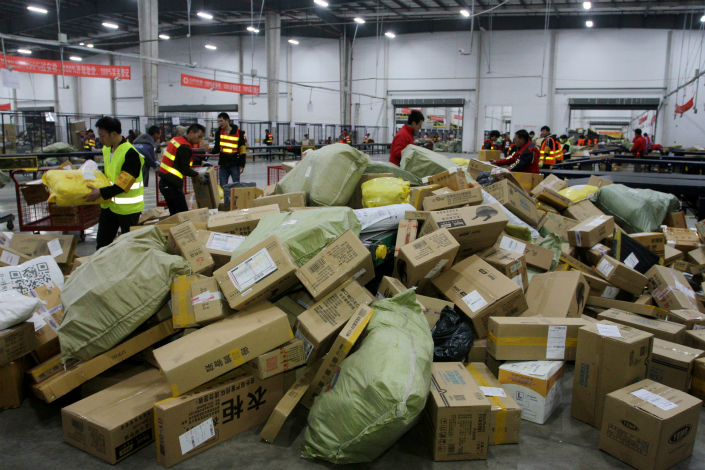 * The hubs will be established in Kuala Lumpur, Dubai, Moscow, Hangzhou and Liege, Belgium

* Alibaba founder Jack Ma says the goal is to build the backbone of a smart network that will improve the company’s reach and efficiency, and drive down costs

(Beijing) — The logistics arm of e-commerce giant Alibaba, Cainiao Network Technology Co. Ltd., is slated to open hubs in Asia, Europe and the Middle East to cut international delivery times to 72 hours from the current average of about 10 days.

The facilities will be in Dubai; Kuala Lumpur; Liege, Belgium; Moscow; and Alibaba Group Holding Ltd.’s own home base of Hangzhou, Cainiao announced Thursday in the eastern Chinese city at a global smart logistics summit, attended by group co-founder Jack Ma.

The investment has the “ultimate goal of boosting the speed and quality of service in 100 cities within three years,” Cainiao said in a statement, without elaborating.

This goal forms part of Alibaba’s ongoing “billions of dollars” of logistics investments, which Ma said aims to build the technical backbone of a smart network that will improve the company’s reach and efficiency, and sharply drive down costs.

“This network is not only national, but global,” said Ma. “(We want to) connect every courier, connect every warehouse, every hub, every city and every house.”

Ma said Cainiao wants to eventually ensure 72-hour delivery from China to the rest of the world, and single-day delivery across China. At present, Cainiao has reduced cross-border shipping times from an average of 70 days to less than 10 days for some countries. Within China, Cainiao’s single-day and second-day delivery now covers 1,500 counties and districts.

“Twelve or 13 years ago, I said we’d see 1 billion packages per year. Nobody believed me. But today, weekly package volumes exceed 1 billion,” the billionaire said.

Alibaba on Tuesday announced it is spending $1.4 billion for a stake of about 10% in ZTO Express (Cayman) Inc., a New York-listed Chinese courier. ZTO, which has a 16% market share in China, processed 1.6 billion parcels in the first quarter of this year.

Logistics costs currently take up about 15% of China’s gross domestic product, versus around 7% to 8% in countries with more-developed logistics systems, according to Ma. He claimed that Alibaba’s investments will help cut this figure to 5%.