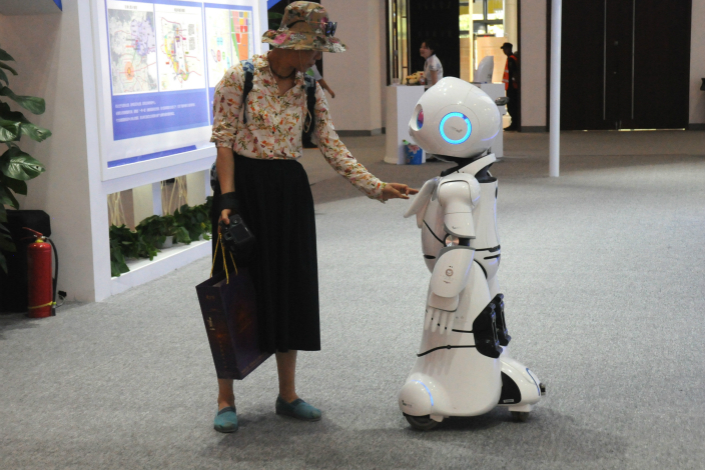 An attendee at the Fifth China International Service Trade Fair interacts with a robot possessing artificial intelligence on May 29. Photo: VCG

SenseTime Group Ltd., a developer of facial recognition technology, has raised $620 million in its latest funding round.

The deal marks the Beijing-based company’s second round of funding in two months, bringing its valuation to $4.5 billion, according to a company news release from Thursday. The company has so far raised more than $1.6 billion.

The latest funding round was led by Fidelity International, Hopu Capital, Silver Lake and Tiger Global. SenseTime plans to spend the new funds on further research and development, the press release said.

Although it is relatively unknown even within China, SenseTime has recorded an annual growth rate of 400% over the last three years, it said.

However, a Reuters report suggested one of SenseTime’s partners is the Chinese government, which uses the company’s systems in its national CCTV system comprising over 170 million cameras.

SenseTime was one of nine Chinese startups that U.S. chipmaker Qualcomm Inc. announced it was investing in November as part of its $150 million China Venture Fund. The investment was intended to reduce the cost of deploying AI technologies in intelligent devices, according to Quinn Li, vice president and global head of Qualcomm Ventures.