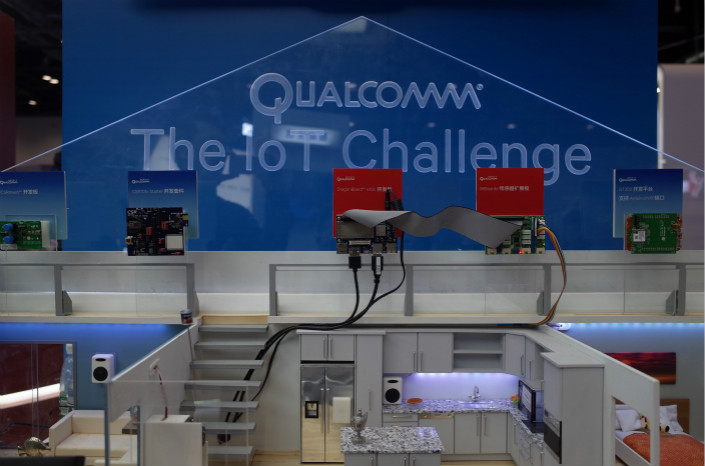 Qualcomm hopes its deal with SenseTime, a Hong Kong AI startup that claims to be the largest of its kind in the world, will allow it to harness the firm's expertise in proprietary AI algorithms – especially facial recognition – to make mobile smart devices. Photo: Visual China

The financial details have yet to be disclosed, but the company said the deals are part of its $150-million China Venture Fund, which was announced in 2014 and spans big data, AI and the “internet of things,” among other areas.

Hong Kong-based SenseTime claims to be the largest AI startup in the world, valued at over $1.5 billion. Qualcomm will seek to harness the firm’s expertise in proprietary AI algorithms – especially facial recognition – to make mobile smart devices.

“Given our shared vision and customers, our collaboration will reduce the cost of deploying AI technologies to intelligent devices, shorten the R&D cycle, and therefore rapidly upgrade the entire terminal device industry,” said Quinn Li, vice president and global head of Qualcomm Ventures.

Another notable recipient of the investment was Shanghai-based startup Mobike. This deal marks the bike-sharing giant’s latest success in securing funding from outside investors, as it expands into international markets.

In May, Qualcomm signed a deal to employ its GPS function in Mobike’s smart locks, enabling the company and users to locate and monitor their bicycles.

Qualcomm is currently facing a $103 billion takeover bid from rival Broadcom Ltd. – an offer it rejected on Monday, saying it “dramatically” undervalued the company.

Qualcomm has been actively expanding its presence in China in recent years, a market that accounts for more than half of its revenue.