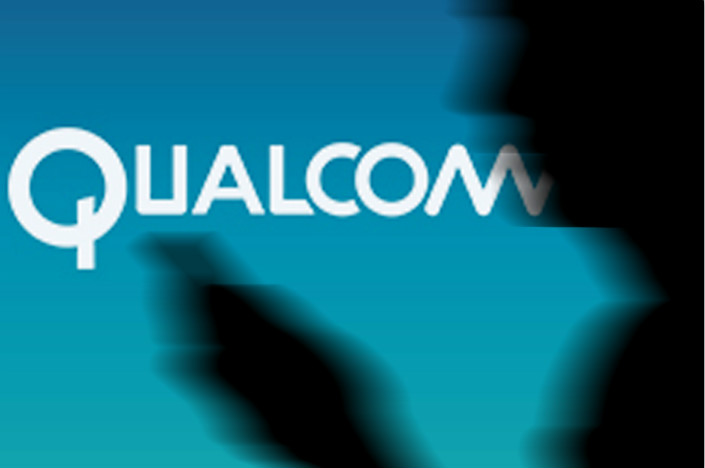 Qualcomm has seen its stock value drop by around a third since a 2014 peak following fines in South Korea and the Chinese mainland, with revenues and profits also down. Photo: Visual China

Global telecoms chip leader Qualcomm Inc. said on Thursday it will contest Taiwan’s levy of a NT$23.4 billion ($773 million) fine for anti-competitive behavior, marking the third such massive penalty against the company for similar practices.

The Taiwan Fair Trade Commission handed down its decision late on Wednesday, saying Qualcomm unfairly used its market dominance to force customers into contracts that were overly burdensome. The company controlled about 50% of the global baseband chipset market last year, or about twice as much as the next player MediaTek Inc., which is based in Taiwan, according to Strategy Analytics.

“Qualcomm disagrees with the decision … and intends to seek to stay any required behavioral measures and appeal the decision to the Taiwanese courts,” Qualcomm said. “The fine bears no rational relationship to the amount of Qualcomm’s revenues or activities in Taiwan, and Qualcomm will appeal the amount of the fine and the method used to calculate it.”

U.S. investors were unfazed by the latest fine, with Qualcomm shares closing up 0.5% in the latest session on Wall Street. But the stock has lost about a third of its value from a peak in 2014, shortly before a series of similar rulings began against the company. The largest of those came in 2015, when the Chinese mainland fined the company a record 6.1 billion yuan ($926 million) for anticompetitive behavior. South Korea followed last year with its own fine of about 1 trillion won ($880 million), and the European Union has also launched a probe.

As part of the China ruling, Qualcomm was forced to renegotiate all of its contracts with China-based users of its products, including buyers of its smartphone chips and licensees of its mobile technology. The Taiwan Fair Trade Commission said Qualcomm will need to similarly renegotiate contracts with local customers under its ruling.

The Fair Trade Commission said Qualcomm has acted illegally for seven years, during which time it earned the equivalent of about $43 billion from licensing fees and chip sales combined. It used that figure to help determine the amount of its fine.

The series of findings have undermined Qualcomm’s business as it is forced to pay major fines and renegotiate contracts under more favorable terms for its customers. In its most recent reporting quarter Qualcomm said its revenue fell 11% to $5.4 billion, while its profit dropped 40% to about $900 million.