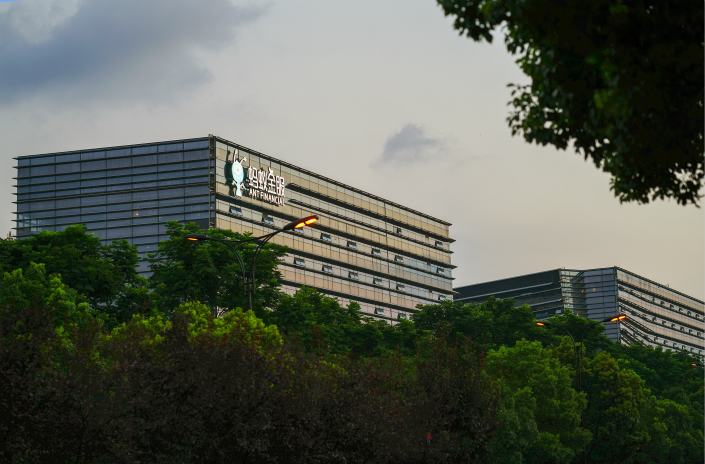 The financing, announced Friday, came ahead of a widely expected IPO of the Alibaba-affiliated company. Reuters reported that Ant Financial’s IPO in Hong Kong and the mainland is expected as early as next year.

The latest financing pushed the company’s valuation above $151 billion. The company’s value has more than doubled since Ant Financial raised $4.5 billion in 2016, according to media reports.

“An IPO is not our goal,” Jing said in an interview with Caixin in Beijing. He is also the company’s executive chairman. “We need international partners as the company enters a new stage of development. The investment brings along international resources and experience, which are positive for us.”

Without offering discounts to international investors, Ant Financial kept a pace of financing every 10 months on average since July 2016. Unlike the previous two rounds led by domestic and state-backed investors, the latest funding round mainly involved leading overseas investors as the company seeks to strengthen its position in the global market.

Ant Financial will use the new funds to bolster its global expansion and investment in financial technology, Jing said. Ant Financial will cooperate with local partners and coordinate with Alibaba in overseas markets, he said.

Jing, who succeeded Lucy Peng as the company’s executive chairman in April, sets high goals for Ant Financial. The company’s revenue from overseas may surpass revenue at home in the long run as global users will reach 2 billion with 200 million small and medium sized companies, Jing said without giving a timeframe.

Alipay now has about 870 million annual active users globally with 520 million in China, according to a company fact sheet.

Barclays estimated that Ant Financial’s total revenue will increase to $33.5 billion in 2021 from $8.9 billion last year.

Ant Financial will also shift its main business to technology services and away from payments and consumer finance, Jing said.

Technology services will make up 65% of Ant Financial’s revenue in 2021, compared with an estimated 34% in 2017, making it the biggest revenue source. Jing declined to disclose details but said technology is already accounting for a majority of the company’s revenue.

The shift came as Chinese authorities have become increasingly wary of systemic risk brought about by financial holding companies — conglomerates running various types of financial services. Ant Financial today serves more users than some of China’s largest banks, which themselves are considered systemically important global financial institutions by the Financial Stability Board, an international body that monitors the global financial system.

“We pay high attention to risk management,” Jing said. The company has been working closely China’s financial regulators, he said.