Provinces Pivot From Infrastructure to Industry 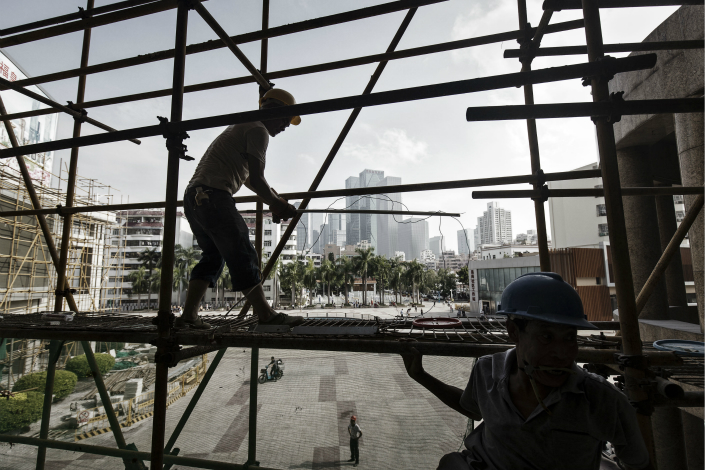 Several provinces are seeing a shift away from infrastructure investment toward industrial development, as China shakes up its economy with its “Made in China 2025” industrial strategy.

Caixin research has found that both the number of large-scale infrastructure projects and the investment in these projects has dropped since the beginning of this year in several provincial-level areas.

Infrastructure investment has long been one of the most important drivers of growth across China, but lending to fund this boom has seen local government debt spiral to an estimated 40 trillion yuan ($6.2 trillion). There is no official figure for local government liabilities.

This switch is in line with “Made in China 2025,” an industrial upgrade agenda that aims to refocus China’s economy onto higher value-added manufacturing sectors, such as robotics, aerospace and advanced information technology.

This plan has put China in direct competition with other major manufacturing powers, especially the U.S., which has accused China of using industrial policies to give Chinese firms an unfair advantage and threatened tariffs on up to $150 billion worth of Chinese exports to the U.S.

Shandong is not alone in making this shift. Of the 168 government-led projects that the Hunan provincial government has on its agenda for 2018, more than 70% are classified as industrial-related projects, while only around 19% are infrastructure projects such as railways, highways, telecommunication facilities.

The same trend is evident in the tropical island province of Hainan and the northwestern Ningxia Hui autonomous region, with the latter planning to invest 29 billion yuan in infrastructure this year, down from 35 billion yuan in the previous year.