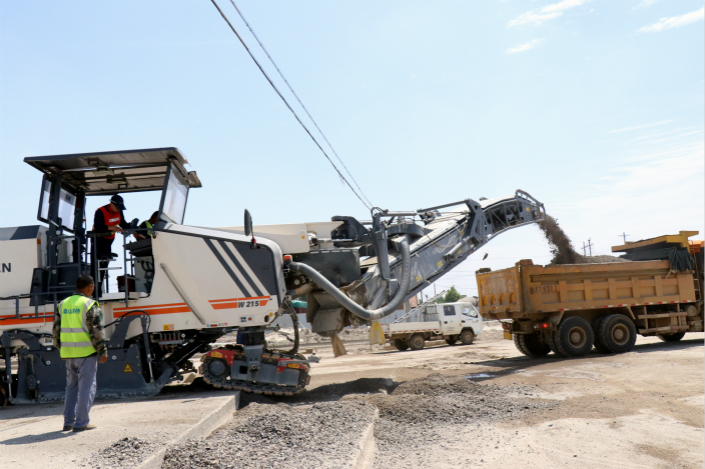 Workers upgrade a road in East China’s Shandong province on May 8. Photo: VCG

Several provinces saw growth in infrastructure investment drop — or even the total amount of investment decline — in the first quarter as the central government tightens the rules for government local debt issuance and public-private partnerships (PPPs).

Hunan province was the region that was hit hardest by the waning momentum of infrastructure investment, which has long served as a key driving force for many local economies. During the first three months of 2018, infrastructure investment in the Central China province declined by 1.7% year-on-year, down from growth of 15.9% for the whole of 2017 and making the first drop in five years.

The provincial Bureau of Statistics attributed the decline to stepped-up scrutiny over local PPP projects and measures put in place to prevent local governments from reckless borrowing. It said the central bank’s neutral monetary policy has also been a factor in the investment slowdown.

The central government originally promoted PPPs to attract private capital to fund public projects such as roads, bridges, hospitals and clinics in order to alleviate financial pressure on local government coffers, but the programs were often used to further fuel and disguise local government borrowing sprees.

Preventing and defusing financial risks will be one of the country’s top three priorities over the next three years, according to a key report issued during the Communist Party’s national congress last year.

Niu Bokun, economist-in-chief at Hua Chuang Securities, who conducted field research in Hunan, thinks that these cancellations and suspensions are the prime cause of the drop in infrastructure investment in the January-through-April period.

As of the end of April, Hunan has disqualified 145 PPP projects involving 190.9 billion yuan ($29.74 billion), ranking second nationally in terms of total investment involved in cancelled PPP projects. In that, the province trails only the Inner Mongolia autonomous region, where several cities were ordered to stop building subway systems.

Liang Hong, chief economist with Chinese investment bank CICC, said most regions that have canceled PPP projects are not in good fiscal shape, and that regions such as Shanghai and Guangdong — where local governments are not suffering from financial difficulties and investment is better planned — will not be affected.

During the first four months of the year, Shanghai infrastructure investment grew 16.4%, while Guangdong’s increased 11.9%.