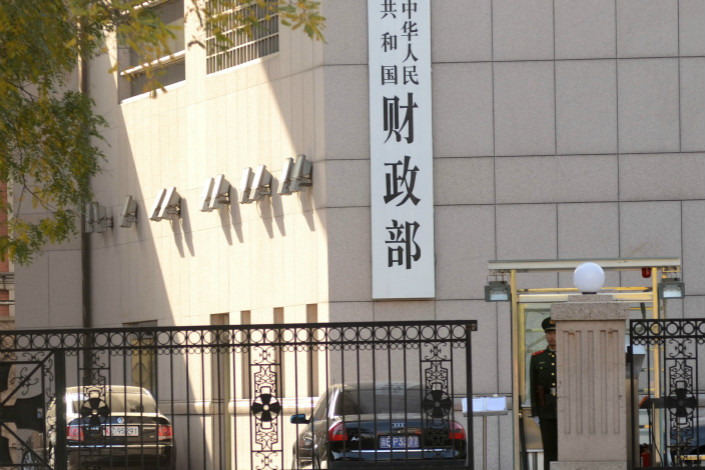 The Ministry of Finance (pictured) has stepped up scrutiny over local government finances in an attempt to get their debt loads under control. Photo: VCG

China’s local governments must finish shifting their borrowings into bonds by August to comply with the deadline set by the State Council for the debt-swap program, the Ministry of Finance said in a notice on Monday that listed its priorities for the management of local government liabilities for 2018.

Controlling financial risks is one of the Chinese leadership’s top three economic priorities this year. Against this backdrop, the ministry told local governments to step up the monitoring and prevention of debt risks in their jurisdictions, identify high-risk areas and report them to special local government leading groups in charge of debt. They must also set up assessment and early warning systems to monitor the situation and take effective measures to defuse dangers.

Local government bonds are currently only sold and traded on the interbank bond market and on the domestic stock exchanges, but the ministry said it wants to expand the market and will “actively explore” allowing investors to buy over the counter at local banks. The ministry also told local governments that they should let the market determine the pricing of bonds and not interfere in the process.

The Ministry of Finance embarked on a three-year debt-swap program for local governments in August 2015 as part of efforts to clean up their liabilities, clarify their repayment obligations, and defuse risks to the financial system from the surge in local government borrowing that was often carried out through special purpose companies known as local government financing vehicles (LGFV).

By the end of 2017, 10.9 trillion yuan ($1.74 trillion) of local government borrowing — primarily bank loans — was exchanged into government bonds, which saved authorities 1.2 trillion yuan in interest payments and helped mitigate the risks of refinancing the debt when it matured, the ministry said. Another 1.73 trillion yuan of debt needs to be swapped by this August, it said.

Local government liabilities amounted to 16.47 trillion yuan at the end of 2017 and 14.74 trillion yuan, 90% of the total, was made up of government bonds, the ministry said.

In addition to issuing bonds under the debt-swap program, local governments can also issue special purpose bonds for investment projects such as toll roads and subways. The debt instruments are paid back from the income generated by the projects and not from general fiscal revenue. The Ministry of Finance set a quota for special bond issuance this year of 1.35 trillion yuan, a 69% increase on last year’s 800 billion yuan. The aim is to support key investment projects while also bringing more transparency to local government debt.

In its notice, the Ministry of Finance emphasized that bonds must correspond to the projects they are funding — officials must ensure that money raised is used solely for the purpose specified and that the maturity of the bonds matches the project’s deadlines.

The ministry said it will also expand the scope of projects eligible for funding through special bonds, and will prioritize those that boost regional development and revitalize rural communities, environmental protection, affordable housing, hospitals, schools, municipal transportation and infrastructure.