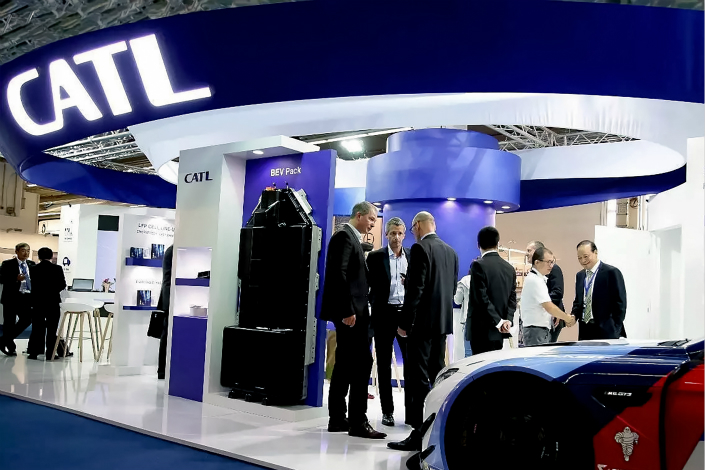 * The company also announced an investment in Byton, one of China’s fastest growing electric-car startups

At the same time, CATL also announced its first major investment in one of China’s fastest developing electric-car startups, ramping up its push to broaden its impact across the entire sector.

The company’s floatation on the ChiNext — a Nasdaq-style board in Shenzhen’s Stock Exchange — was approved quickly, a reflection of Beijing’s effort to entice the country’s tech startups and giants to trade their shares at home.

The Fujian province-based company, which applied for the listing in November, was given the green light to float in Shenzhen within just five months, rapidly progressing through a process that normally takes one to two years. Other tech companies that have been given accelerated approval include manufacturer Foxconn Industrial Internet Co. Ltd., and biotech firm WuXi AppTec Co. Ltd., both of which listed in Shanghai recently.

Formed in 2011, CATL has benefited from Beijing’s yearslong subsidy program to promote the development of new-energy vehicles, creating huge demand for batteries in the world’s largest car market.

The company had previously planned to raise as much as 13.1 billion yuan at a $20 billion valuation, but lowered the amount after China said in February that subsidies in the industry will be reduced. The country plans to completely phase out policy support for the sector by 2020.

Separately, CATL said Monday it had agreed to participate in electric-car startup Byton’s $500 million fundraising round. CATL didn’t say how much money it would contribute, but said it is a “sizable investor.”