Opinion: A ‘Bank for East Asian Settlements’ Is a Win-Win Proposal for All 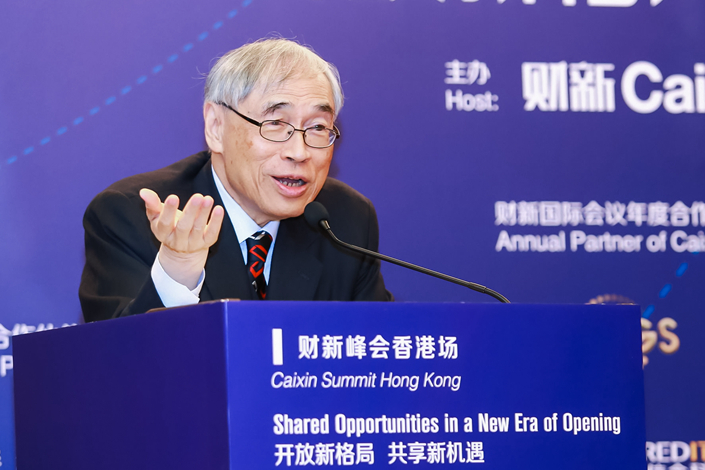 This is not a proposal to have the renminbi replace the U.S. dollar, or even to compete with the U.S. dollar as an invoicing, clearing and settlement currency for international transactions. It is also not a proposal to establish an East Asian monetary fund. This is a proposal to enable East Asian economies to use their own respective currencies for the invoicing, clearing and settlement of their international trade transactions among themselves.

But then why are there so few countries that are able to use their own currencies to clear and settle their international transactions? The answer is that most countries do not trust and will not accept another’s currency without some kind of assurance that it can be exchanged for another currency. It turns out that such an assurance can be provided through a program similar to the one used by the Bank for International Settlements (BIS) for Western European countries in the late 1940s and early 1950s.

This model can be applied to the clearing and settlement of international transactions among East Asian economies, with the formation of a “Bank for East Asian Settlements.” The bank will have as its members the central banks or monetary authorities of the East Asian economies. Participation is voluntary for central banks willing to commit to the clearing and settlement of the international transactions among their economies insofar as possible in their own currencies. The resulting uncleared multilateral balances will always be smaller, and often much smaller, than the sum of all the uncleared bilateral balances.

Any leftover uncleared multilateral balances can be cleared and settled through undertakings by the People’s Bank of China (the central bank of China), perhaps jointly together with the Bank of Japan and the Bank of Korea (the central banks of Japan and South Korea respectively), to exchange them for any hard currencies desired by the holders of the leftover uncleared balances.

Benefits for the world

From 2010 to the present, the U.S. dollar and the euro combined accounted for more than 70% of world payments. However, the world economy faces risks by relying exclusively on the U.S. dollar as an international medium of exchange. Hence it is only prudent for the world as a whole to consider the diversification of the international monetary system away from its reliance on a single major currency as a risk remediation measure. The introduction of the euro was such an attempt, but it has not proved to be too successful outside the eurozone. The Bank for East Asian Settlements will help reduce the reliance on the U.S. dollar by enabling the use of the East Asian economies’ own currencies for the clearing and settlement of international transactions among themselves.

Currently, only 17% of Chinese international trade is settled in renminbi, which is used for the settlement of international transactions to a much lesser extent than warranted by the Chinese share in world trade. There is a great deal of room for the renminbi to grow in terms of its share of world payments. This would eventually mean even further reducing the need for the People’s Bank of China to maintain a high level of official foreign exchange reserves for transaction purposes.

Benefits for the East Asian economies

There are many advantages for an economy to use its own currency for invoicing, clearing and settlement of its international transactions:

(1) Reduction of transaction costs — only one currency exchange is necessary;

(2) Reduction of currency risks — at most, only one of the transacting parties is at risk;

(3) Reduction in the need for the central bank to maintain large foreign exchange reserves; and

(4) Enhancement of the ability to import if the local currency can be used for payment.

Benefits for the U.S.

If the Bank for East Asian Settlements becomes a reality, what are the benefits and costs for the U.S.? First, the U.S. will have greater flexibility in its fiscal and monetary policies as its tightening and loosening will have less direct impact on the rest of the world. Second, the U.S. trade deficit is likely to decline as the demand for “earning and holding” U.S. dollars diminish. It will no longer have chronic trade deficits. Third, the U.S. dollar exchange rate will reflect more accurately its competitiveness in international trade in goods and services. It is likely to devalue relative to other currencies, which may well result in an increase in U.S. exports to the rest of the world and hence a higher U.S. gross domestic product.

However, to the extent that the use of economies’ own local currencies in international transactions becomes possible for the East Asian economies, the demands for foreign exchange (especially the U.S. dollar) as part of the official reserves of the East Asian central banks will decline. The resulting reduction of seigniorage and the possible rise in the rate of interest of U.S. Treasury securities and hence in U.S. interest rates more generally may become costs to the U.S.

The Hong Kong dollar has been pegged at a fixed exchange rate to the U.S. dollar (HK$7.8 per $1) since 1983. It is considered to be just as good as the U.S. dollar and is widely accepted all over the world. For this reason, Hong Kong will benefit very little from the proposed Bank for East Asian Settlements directly.

However, Hong Kong is the ideal location for a Bank for East Asian Settlements. Capital can flow freely in and out of Hong Kong. Its foreign exchange market is extremely active and deals in all East Asian currencies. It is traditionally a safe money haven for Southeast Asians and more recently for Chinese mainlanders as well. Hong Kong also operates one of the most efficient real-time settlement systems, which can be used by the proposed Bank for East Asian Settlements for clearing and settlement purposes.

Lawrence J. Lau is the Ralph and Claire Landau Professor of Economics, The Chinese University of Hong Kong, and Kwoh-Ting Li Professor in Economic Development, Emeritus, Stanford University. This note is based in part on a proposal made jointly by Mr. Fang Fang and the author a couple of years ago.