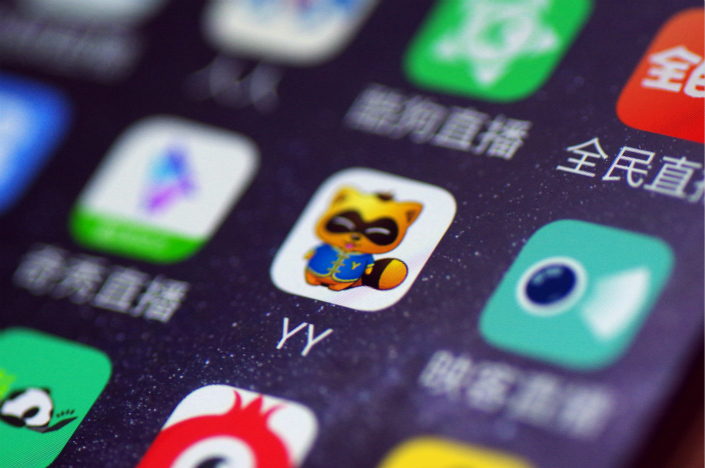 YY Inc., one of China’s biggest livestreaming platforms, announced a further $272 million investment in its Singaporean cousin, Bigo Inc., which enjoys an established presence in Southeast Asia and a foothold in South Asia and the Middle East.

In the news release announcing the move, YY emphasized Bigo’s growth prospects, citing its presence in emerging markets, which are “paving the way for further global expansion.”

The Nasdaq-listed, Guangzhou-based YY has benefited from the boom in online video that mirrored rapidly expanding internet access in China in recent years. Growth rates in the online video industry have exceeded 50% yearly since 2013, with revenues hitting a record 95 billion yuan ($14.8 billion) in 2017, according to iResearch, a consultancy.

Originally founded as an online gaming platform by tech reporter-turned-entrepreneur David Li in 2005, YY has since branched into music, entertainment and streaming through its app YY Live and an online education platform, 100.com, among other ventures. YY currently ranks as the fifth-highest grossing social network on Apple’s App Store in China.

The company’s live game-broadcasting platform, Huya Inc., is also the largest of its kind. It received a strong welcome on its IPO in New York in May, and has a market capitalization of almost $6 billion.

A similar big hitter is Douyin rival Kuaishou. Both platforms feature videos shorter than 60 seconds uploaded by and featuring celebrities and the general public doing entertaining or educational things, such as lip-syncing to pop songs or presenting amateur cookery shows.

Industry analysts consider the Southeast Asian market to be less competitive than China’s, and one ripe for a company as experienced as YY. The region’s huge market of 18-to-25-year-olds shares the same taste for mobile consumption as China’s youth, and Bigo’s video platform, Bigo Live, is already an established player, claiming to have reached over 200 million since its launch in 2016.

As YY founder Li is also a co-founder of Bigo, the companies already have a significant relationship. YY licensed key technology and initially took a 20% stake in Bigo, according to industry sources. Following the $272 million investment, YY will become Bigo’s majority stakeholder. It has also obtained the right to purchase additional shares after a year that would increase its current 50.1% stake.