IQiyi Wants In on Short-Video Craze 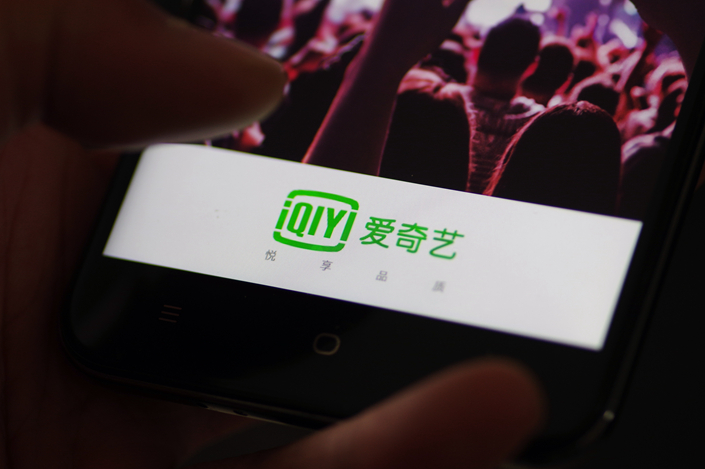 China’s Netflix equivalent, iQiyi Inc., has finally jumped on the Chinese craze for short-video apps, saying its new app will become the company’s major offering over the next one to three years.

“We think the market has big potential to grow, and we still see it as a good chance for latecomers like iQiyi,” Vice President Geng Danhao said in Beijing on Friday when the company debuted new app Nadou, which allows users to upload their short video clips.

CEO Gong Yu told reporters that the short-video app market is fragmented, with some players focusing on information dissemination, some on entertainment, and others on social networking. IQiyi aims to push Nadou to become a leading entertainment-focused short-video app in three years’ time, he said.

IQiyi, a spinoff of internet giant Baidu Inc., has previously offered such forms of videos on its platform, but the rollout of a standalone app means that the Nasdaq-listed company will significantly increase investment in the arena.

With the new app, the company is eyeing a share of China’s burgeoning short-video market, which is expected to be worth more than 30 billion yuan ($4.70 billion) by 2020, according to consultancy iResearch.

Over the last few years, Chinese internet users have increasingly embraced such video formats — with vibrant user-generated content ranging from girls dancing in a subway to farmers plowing fields in remote villages — as a new way of entertainment.

That leads to the rise of some new startups in the arena, where Tencent Holdings-backed Kuaishou and Bytedance’s Douyin have been so far the two most prominent players. The former claimed to have a daily active user base of over 100 million.

The shift of users’ attention to some degree has posed a challenge to the traditional online entertainment platforms, including iQiyi, which have set their sights on longer-format videos produced in-house or purchased from third-party producers.

Founded in 2010, iQiyi floated its shares on the Nasdaq Stock Market in March to raise over $2 billion, becoming the largest U.S. initial public offering of a Chinese company since 2014.

In its first quarterly report, the video-streaming site posted revenue of 4.9 billion yuan ($768 million) for the three months ended March — a 57% year-on-year increase. The loss narrowed to 396 million yuan from 1.1 billion yuan.

Advertisements and subscribers were the two main revenue sources, and the company said it hopes the new Nadou app will further increase its advertisement sales.