By Han Wei and Mo Yelin 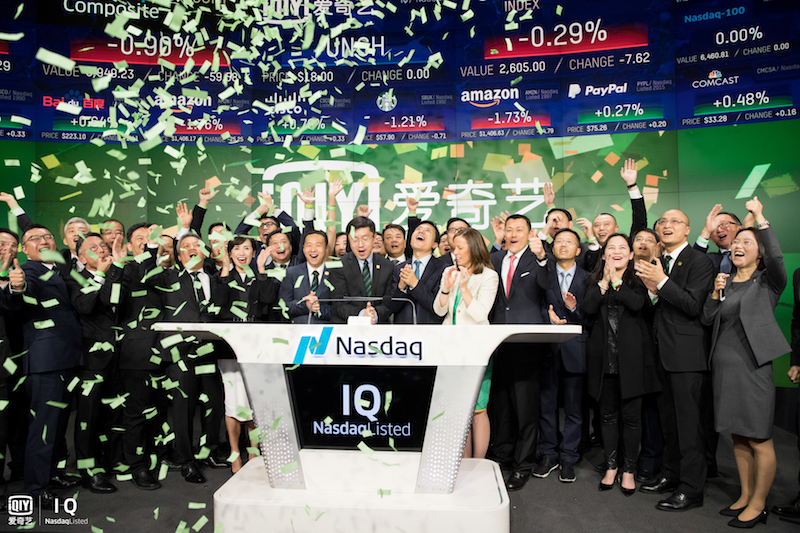 It started as the biggest initial public offering (IPO) of a Chinese company in the U.S. so far this year. But the Chinese video-streaming site iQiyi Inc. quickly skidded into the red — and ended its debut on Thursday with a 14.6% drop.

The shares promptly fell and finished the day at $15.55.

iQiyi issued 125 million shares, priced at the midpoint of its marketed range, to raise $2.25 billion. The company was valued at about $12.7 billion.

The offering was closely watched because it was the second-largest U.S. IPO of a Chinese company ever, behind only e-commerce giant Alibaba Group Holding Ltd., whose public listing was $25 billion in 2014.

The Netflix-like video site is among a number of Chinese startups that have floated at U.S. stock markets recently but witnessed a disappointing debut, partly due to rising concerns over trade frictions between the U.S. and China.

On Wednesday, another Chinese online video company, Bilibili Inc., saw its shares fall sharply in their trading debut before recovering to close down about 2% on their first day.

GreenTree Hospitality Group, a Chinese hotel franchisor that debuted on the New York Stock Exchange on Tuesday, plunged 7.12% from its offering price in the first day of trading.

Despite the weak performance of Chinese stocks, iQiyi founder and CEO Gong Yu said before the market opening that the company is looking at the long-term value of listing in the U.S.

Advertisements and membership fees are the main sources of iQiyi’s revenue, according to Gong. The company currently controls 30% of China’s online video advertising market and expects to boost that to 60% in five years, said Gong.

As of Feb. 28, iQiyi reported 60 million subscribers, including about 59 million paid users.

Baidu currently holds a 69.6% stake in iQiyi and remains the majority shareholder after the IPO. In 2017, iQiyi contributed about 20% of Baidu’s revenue.