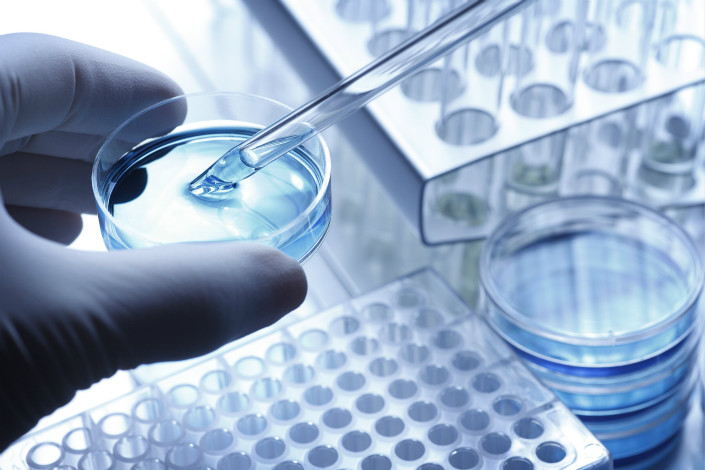 WuXi AppTec is slated to be the biggest IPO in China’s mainland market so far this year. Photo: VCG

WuXi AppTec, one of China’s leading biotech firms that delisted from the New York Stock Exchange in 2015, won speedy approval on Tuesday to go public in China.

That was the second-fastest approval time in China, after Foxconn Industrial Internet’s record of 36 days set earlier this month. The pace underscores China’s determination to attract new-economy companies to its stock markets.

The Shanghai-based company said it plans to raise 5.74 billion yuan ($914.6 million) from selling 104 million shares on the Shanghai mainboard, or no less than 10% of its total shares, according to its prospectus filed on Feb. 6.

The offering, slated to be the biggest initial public offering (IPO) in China’s mainland market so far this year, would value the company at 57.4 billion yuan.

For the first three quarters of 2017, the company posted a net profit of 1.12 billion yuan with revenue of 5.68 billion yuan. Nearly 60% of its revenue came from the U.S.

The company said it intends to use the proceeds of the IPO to build a drug safety review center in Suzhou and upgrade a lab in Tianjin.

It also plans to use the proceeds to build a cell therapy manufacturing facility in the U.S. The company said the U.S. facility, expected to be completed in three years, will bring in new annual revenue of 656 million yuan and add 202 million yuan to its bottom line each year.

WuXi AppTec’s A-share listing is gaining much attention because it is seen as one of the successful examples of Chinese tech companies returning home from the U.S. market.

After the company delisted in the U.S., former parent WuXi PharmaTech split itself up into three entities with dedicated focuses: WuXi Biologics, Shanghai SynTheAll (STA) Pharmaceutical Co. and WuXi AppTech.

Together with two other subsidiaries spun off from WuXi PharmaTech, the three companies have a total estimated market cap of 152.9 billion yuan, about 7.4 times their parent company’s valuation when its management took the company private with a $3.5 billion buyout.

STA Pharmaceutical, a small-molecule pharmaceutical development and manufacturing company, is currently traded on the over-the-counter New Third Board of the Shenzhen Stock Exchange, with a value of about 20.3 billion yuan.