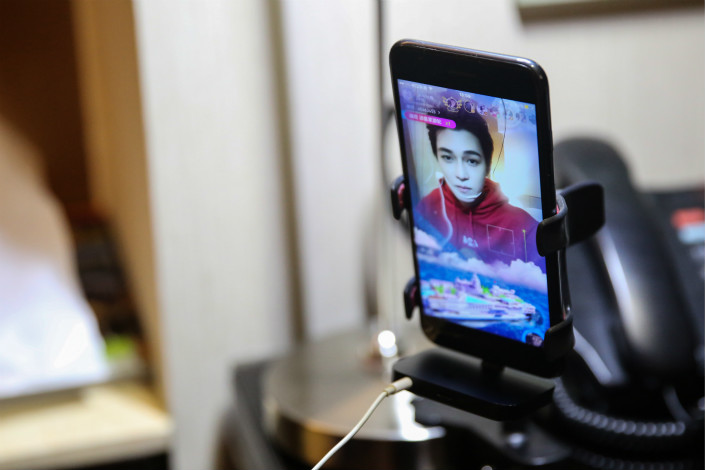 The 3-year-old firm didn’t disclose any financial details of the IPO in the application draft, such as the number of shares it wants to issue, their price or a timeline, but said it will use the funds to further diversify its business and content, implement marketing initiatives, and seek strategic investment and acquisition opportunities.

Launched in May 2015, Inke has become China’s largest livestreaming platform in terms of the number of active streamers, and the second-largest in terms of revenue, according to consultancy Frost & Sullivan.

But its user base, after peaking at 30 million at the end of 2016, started to decline in 2017, down to 22 million in the first quarter and settling at around 25 million by the end of last year.

The company’s revenue also decreased by 9% to 3.9 billion yuan ($620 million), according to Inke’s application. The company is in a booming but fiercely competitive industry in which dozens of startups are working hard to attract users, who, through websites and apps, can socialize with attractive hosts, watch others play video games, enjoy a musical performance and even attend math classes.

Some large video websites have also embedded livestreaming functions within their platforms, and the major livestreaming players have been all been planning to go public in recent months.

Online video sites Bilibili Inc. and iQiyi Inc. are set to list on the Nasdaq Stock Market on Wednesday and Thursday respectively. Tencent-backed Bilibili has raised the maximum target for its IPO to about $600 million, up from $400 million, while Baidu-backed iQiyi boosted the fundraising target for its IPO to as much as $2.7 billion, up about 80%.

Inke began seeking an IPO last year, but its earlier attempt to secure a backdoor listing on the Shenzhen Stock Exchange failed. In September, Shenzhen-listed media and marketing firm Shunya International Brand Consulting (Beijing) Co. Ltd. announced it would buy a nearly 50% stake in Inke for 2.9 billion yuan, but the deal collapsed in December. Shunya said the market had changed since the pair first held talks.

Besides competition, livestreamers have had to face tightening regulations on inappropriate content, such as pornography and violent images. Inke said that its Beijing subsidiary has been fined twice, for a combined amount of 50,000 yuan, for inappropriate content broadcast by streamers on Inke’s app.

“We cannot assure you that we can promptly detect all illegal or inappropriate content displayed on our platform, and that we will be not be subject to similar penalties in the future,” Inke said in its listing application.