China Keeps It Clean, Patriotic in Scrubbing of 155 Online Videos 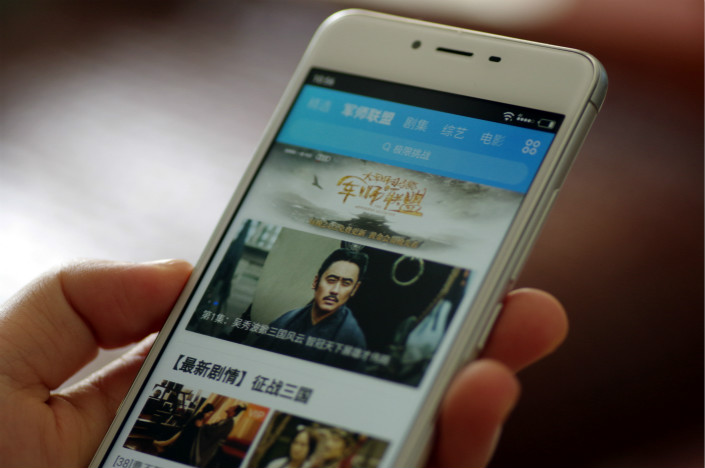 China's television and radio authority in the first half of the year ordered 125 online video programs permanently removed from the internet, and said that another 30 needed revisions before they could be posted again. Photo: Visual China

China’s online-video landscape is beginning to look like the cutting-room floor.

More than 100 online video programs have been shut down by China’s television and radio authority in the first half of 2017 as part of Beijing’s efforts to clean up the booming online video industry in the country.

A total of 155 online programs that had “vulgar” content were targeted by the regulator, and 125 of which have been taken offline permanently. The remaining 30 will have to be revised before they can be posted again, said Luo Jianhui, the director of online management at China’s State Administration of Press, Publication, Radio, Film and Television (SARFT), on Tuesday.

One video site popular among China’s youth that was snagged in the campaign is AcFun. Two months after the company was asked to take down several videos, which the regulator called illegal in June, AcFun finally removed most of its current affairs-related content.

Beijing city authorities said that AcFun was fined 120,000 yuan ($18,350) on the grounds that it conducted video programming business without a permit, as well as provided illegal content that was against “social moral norms,” according to a mid-August government statement.

In response, the company released a statement on its Sina Weibo microblog account saying that it accepted the penalty and has already removed three sections of the site, including movies, current affairs and military programs.

Such content is considered sensitive in China, where only state-owned media or government-licensed outlets can report on and publish original stories. But lines have become increasingly blurred in the booming new era of social media.

The government has long argued that the same rules that have applied to traditional broadcasting TV networks will apply to online sites as well.

A recent notice released by SARFT, along with four other departments, emphasized the rule once again. “Online and traditional broadcasting programs will be regulated with the same rule,” the statement said. “Online programs without a permit will not be allowed to broadcast.”

The notice also laid out the government’s preference for a specific type of content. “Those programs that praise the party and the people will be encouraged,” it said.

According to the notice, most central and provincial TV stations in the country have been told to increase the broadcasting times for nationalist-tinged programs, especially during prime time.