Weibo and Other Websites Barred From Video Streaming by Authority 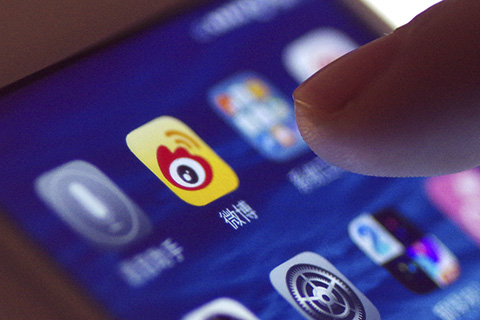 Weibo said in a Thursday statement that it is communicating with the relevant government authorities to understand the scope of the notice. Photo: IC

The blogging site Sina Weibo, the news portal ifeng.com and the popular video site AcFun were ordered to stop video and audio streaming for violating content rules, according to an announcement posted Thursday night on the website of the State Administration of Press, Publication, Radio, Film and Television (SAPPRFT).

The three companies don’t have licenses for online video and audio services and provided “rule-breaking” contents on political and social issues and commentaries that “advocate negative voices,” the agency said. The websites were ordered to go through “thorough rectification” and “create a cleaner cyberspace,” the regulator said, without specifying how long the ban will last.

The streaming ban is Chinese regulators’ latest move to tighten oversight of internet content. Earlier this month, dozens of accounts on Tencent Holdings’ popular social media platform WeChat were shut down for publishing “defamatory content,” according to the Cyberspace Administration of China. Among the accounts closed were those of Harper’s Bazaar and the celebrity gossip weekly owned by Southern Metropolis, one of the nation’s largest media groups. In May, the internet regulator ordered five major website operators including Sina Corp., Tencent Holdings Ltd., NetEase Inc., iFeng and Phoenix Television to immediately cease live news broadcasts on their sites, saying the portals were violating the news information service regulations.

Nasdaq-listed Weibo Corp., operator of Twitter-like Sina Weibo, said in a statement that it was aware of the regulatory notice and “is communicating with the relevant government authorities to understand the scope of the notice.” The company intends to fully cooperate with authorities and will evaluate its administrative options and the impact of the ban on operations, Weibo said.

Weibo shares slumped as much as 10% to $69 a share in early trading in New York before bouncing back to around $72.

Last year, Weibo set up a partnership with the National Football League to stream American professional football games. The company said its daily average video views surpassed 2 billion in the fourth quarter of 2016.

AcFun, one of China's largest video-sharing site, said Thursday night in its official social media account that the company will tighten management of video and audio programming and will carry out required rectifications.