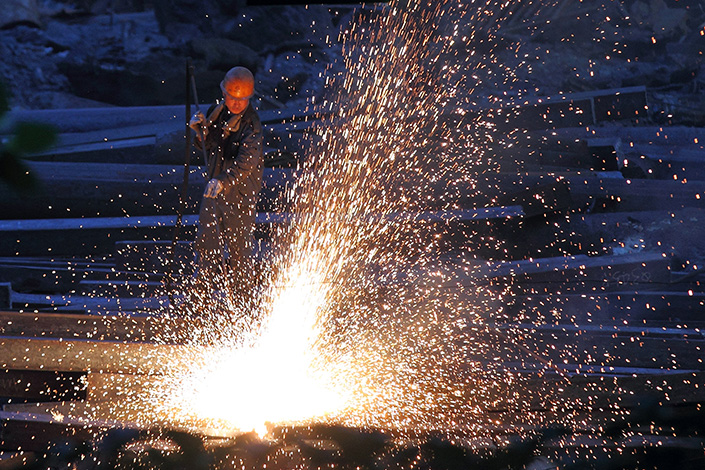 Jiangsu Shagang Group has made a significant $3.8 billion deal to buy two internet data firms, including the owner of Global Switch. Above, a Shagang worker processes steel in Huaian, Jiangsu province, in August 2015. Photo: IC

(Beijing) — Chinese steel-maker Jiangsu Shagang Group has made a significant $3.8 billion deal to buy two internet data firms, including the owner of Global Switch, as the firm seeks to explore new industries amid ongoing overcapacity within the steel sector.

The deal will extend Shagang’s key businesses from steel to data, which it hopes will improve its profitability, the company said in a filing to the Shenzhen Stock Exchange on Thursday.

The steel industry has been experiencing overcapacity since 2015 due to a slowdown in the economy, which has hit investment in the property market especially hard, where steel is much in demand. The lull has helped slow the sector to single-digit growth, and the volume of new projects has dropped to its lowest level since 2009.

Shagang in 2015 reported a loss of 80 million yuan, down from a profit of 35 million yuan the year before. After the country rolled out a national strategy in 2016 to trim excess capacity, especially in the steel and coal sectors, companies have recovered slightly. Shagang generated a profit of 220 million yuan last year, but risks still linger.

Shagang’s move to open up a new revenue channel in data is also a result of the emerging boom in online steel trading platforms. There are about 300 such platforms in China, with one of the largest being Ouyeel, of which Shagang is a shareholder.

Ouyeel is a subsidiary of the country’s largest steel-maker, the state-owned Baowu Steel Group. More than 38 million tons of steel were traded last year on Ouyeel, Baowu said.