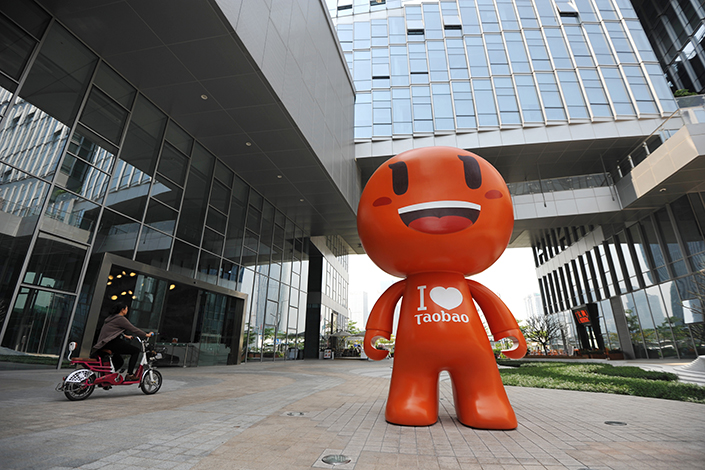 Earnings seasons for China’s biggest internet companies officially drew to a close on Thursday, when Alibaba Group Holding Ltd. — whose operations include online-shopping website Taobao — announced quarterly results that failed to excite investors despite a near-doubling in profit and 60% revenue growth. Photo: IC

Reborn social-networking specialist Weibo Corp. was the biggest winner in terms of stock gains, enjoying a 26% surge in its share price since announcing its results earlier this week. The second-biggest gainer was JD.com, which has jumped 12% since announcing its first-ever profit last week. Baidu’s stock has been the only loser in the group, shedding 9% of its value since the company announced results that included a first-quarter profit decline late last month.

Baidu has struggled for the last year, following a scandal involving misleading search results that forced it to become more transparent and reduce the number of advertisements on its web pages. Following that scandal, the company reported two quarters of revenue decline before returning to growth in the current quarter. But a 10% profit decline in its latest results continued to spook investors, who worry about the company’s inability to diversify beyond search, analysts said.

The resignation of Baidu’s longtime chief financial officer, who will take over as head of the company’s new investment arm, also didn’t help, said Ryan Roberts, an analyst at MCM Partners.

“Baidu is still struggling to find themselves,” he said. “It’s problematic for them. They’re in a more investment phase, and it seems they’re more floundering a bit.”

Results from China’s two biggest internet companies, Alibaba and Tencent Holdings Ltd., both were strong. Tencent’s revenue and operating profit both grew by more than 40%, while Alibaba’s figures were up by 60% or more. But investors have become accustomed to such growth, and both stocks took a breather after the latest results, following recent big run-ups since the start of this year.

Meantime, JD.com and Weibo were the biggest winners, both in terms of encouraging results and stock gains. JD has long sacrificed profits to keep pace with larger rival Alibaba, and thus a first-ever quarterly profit came as a pleasant surprise to investors.  Meantime, Weibo continued to show explosive growth following a recent comeback fueled by a boom in live broadcasting services. Its eightfold profit rise was easily the biggest gain among the big players, and its 67% revenue growth was second only to online game giant NetEase Inc.

“Weibo’s numbers were outstanding, but the stock is so fully valued … that it’s hard to chase them,” said Roberts, who added he rates the stock a “sell” due to its high valuation. “One of the better names this season was definitely JD. They hit operating profit, which is good for them. It’s been forever, and they’re still growing revenue at a decent pace.