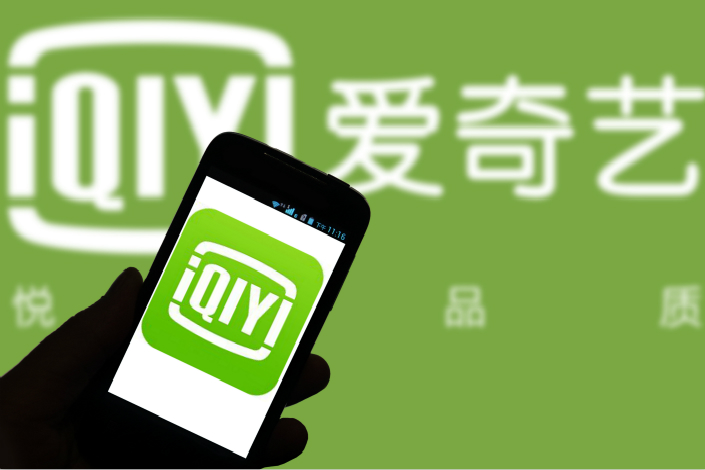 Video site iQiyi has boosted the fundraising target for its initial public offering to as much as $2.7 billion, up about 80% from its previous goal. Photo: IC

Of the two listings, the money-losing iQiyi is the larger and would become the only major online Chinese video company to be listed. Rival Youku Tudou was previously listed in New York, but privatized in 2016 after being purchased by e-commerce giant Alibaba Group Holding Ltd. Bilibili is a smaller video site known for its “bullet chatting,” a feature that lets viewers type comments onto their screens directly on top of videos as they watch them in real time.

According to an amended prospectus filed on Friday, iQiyi has boosted the fundraising target for its IPO to as much as $2.7 billion, up about 80% from a previous goal of up to $1.5 billion in its original filing late last month. Such a goal would make the listing the largest so far this year for a Chinese company in the U.S., and could end up being one of the year’s top offerings overall.

The company said it will price American Depositary Shares (ADSs) for the offering between $17 and $19 apiece, adding the shares will be listed on the Nasdaq. It said the offering will consist of 125 million ADSs, with the underwriters holding an overallotment option to buy up to 18.8 million more if demand is strong.

On the same day iQiyi announced its higher fundraising target, Bilibili announced it had also raised the maximum target for its IPO to about $600 million from a previous $400 million, according to its own separate filing. The company has set a price range of $10.50 to $12.50 for its ADSs, and will also list its stock on the Nasdaq.

It said it has granted the offering’s underwriters an overallotment option to buy an additional 6.3 million shares if demand is strong, which would be in addition to the current plan to issue 42 million ADSs in the original IPO.

The strong demand reflects a number of factors, said Ryan Roberts, an analyst at MCM Partners. Those include a rebound from a wave of negative sentiment late last year after China’s financial regulators clamped down on a group of young financial technology companies that were making new listings at the time.

Investors may also be getting excited about reports that China is preparing to allow New York-listed Chinese firms make secondary listings at home by issuing China Depositary Receipts (CDRs), similar to an existing program in the U.S., he added. Such a program could lift U.S.-listed Chinese stocks if Chinese investors give those companies higher valuations for their CDRs than Americans give for the same U.S.-listed shares.

Roberts said investors in online search leader Baidu Inc., which owns a majority of iQiyi, will also welcome the latter’s spinoff from the former as a way of separating out a large and separate business that is currently losing money. “For Baidu shareholders this is fantastic — getting rid of the money losing-stuff to focus on the good stuff,” he said.