By Yang Ge and Shi Rui 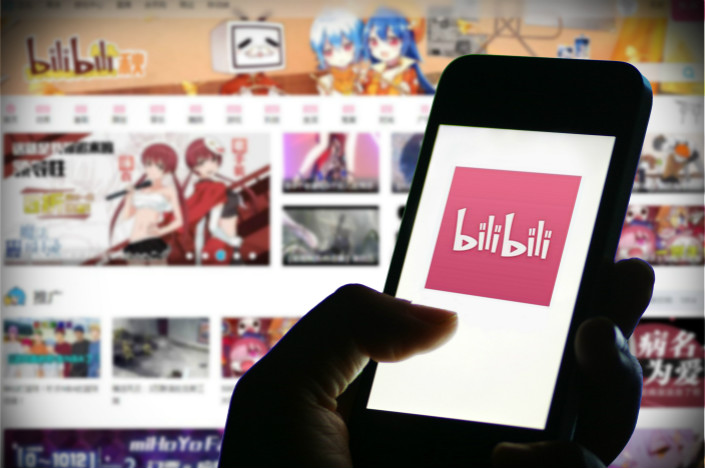 Online video site Bilibili Inc. has filed to raise up to $400 million in a New York initial public offering (IPO), just days after rival iQiyi made a similar filing, adding momentum to a growing wave of offshore listings by Chinese firms this year.

Bilibili is famous in China for its movies that let viewers comment on the video in real time, with all comments streaming by on screens of other viewers in a format known as “bullet chatting.” But unlike iQiyi, a more-traditional video operator that is trying to make money through paid-subscription services, Bilibili makes most of its money through online games connected to its service.

Bilibili said it plans to list its American depositary shares on the New York Stock Exchange under the ticker symbol BILI, according to a prospectus filed with the U.S. securities regulator on Friday. The offering is being underwritten by Morgan Stanley, Bank of America Merrill Lynch, and JPMorgan.

“We pioneered the ‘bullet chatting’ feature, a live commenting function that has transformed the viewing experience by displaying thoughts and feelings of other audience viewing the same video,” Bilibili said in its prospectus. “This signature feature fosters a highly interactive and enjoyable viewing experience and allows our users to benefit from the strong emotional bonds with other users who share similar aspiration and interests.”

Bilibili said its primary revenue sources are mobile games, live broadcasting and online advertising. Its revenue jumped nearly fivefold in 2017 to 2.5 billion yuan ($394 million). About two-thirds of that came from mobile games, with advertising providing the next biggest single source at 15%. Its net loss last year totaled about 572 million yuan, about half the level from the previous year, according to its prospectus.

The listing plan extends a string of major IPOs by venture-backed Chinese firms in the U.S. that began last year. Many of those have turned to New York following strong performances for China internet companies over the last year, and also due to a backlog of companies waiting to list on China’s domestic markets. In one of the largest of those to date, iQiyi, the video site controlled by online search leader Baidu Inc., filed last week to raise up to $1.5 billion through a New York IPO.

While New York has emerged as the preferred offshore location for the recent flurry of Chinese high-tech IPOs, the tide could turn later toward Hong Kong, which is in the process of making changes to its listing rules to attract more such firms. With the notable exception of internet giant Tencent Holdings Ltd. and PC maker Lenovo Group Ltd., nearly all of China’s major internet and other high-tech companies, including Alibaba Group Holding Ltd. and Baidu, are listed in New York.

“I’m not sure if the change in Hong Kong is going to have a major material effect in the short term,” MCM Partners analyst Ryan Roberts said. “There’s just so much more appetite in the U.S. In Hong Kong, the volumes are horrible, and it’s more expensive to trade here.”

This story has been corrected to show that Bilibili’s fundraising target for its New York IPO is $400 million.